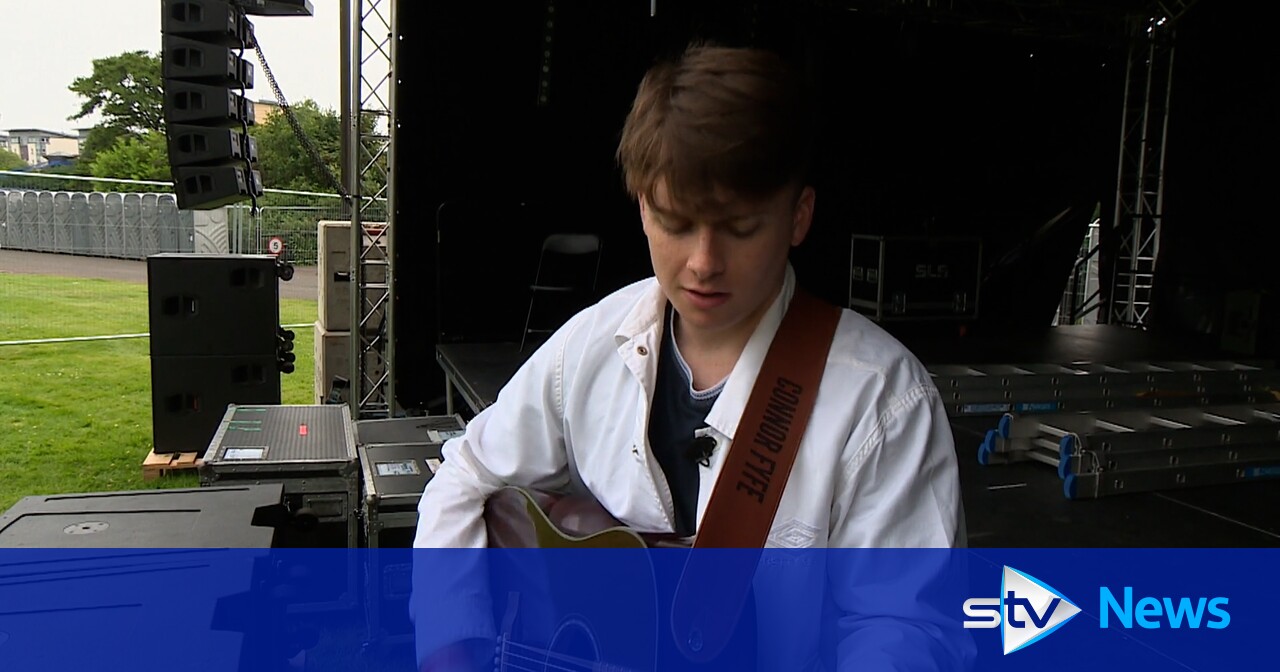 The 15-year-old was returning home from a gig in December 2021 when he received an email inviting him to play TRNSMT.

Thousands of music fans will flock to Glasgow Green for the three-day extravaganza, which begins Friday, featuring The Strokes and Sam Fender.

Connor will take to the river stage on Sunday and described the booking as “a big highlight.”

“It was always a dream,” he told STV News. “Watch videos of [TRNSMT precursor] T in the Park, you’re thinking ‘I would love to play at a festival this big’, so it’s going to be a highlight.”

The Bellshill boy had actually bought tickets for the TRNSMT weekend before they were added to the bill – and can’t wait to see Nutini take the stage.

However, he’s set for a better-than-expected vantage point after festival director Geoff Ellis upgraded his standard tickets to VIP entry.

“I think he will be welcome in the VIP area as a guest on Sunday,” Mr Ellis told STV News.

After his TRNSMT show at around 5pm on Sunday, Connor’s attention will turn to the HebCelt and Belladrum festival slots.