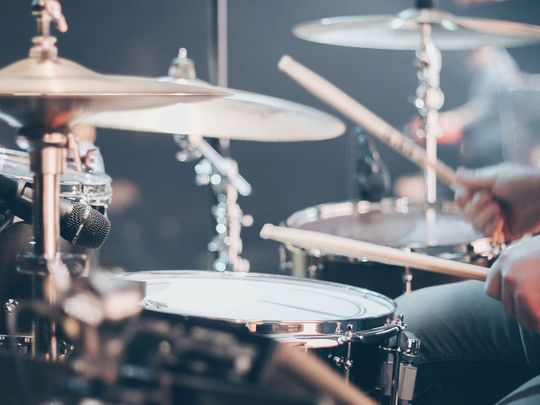 Today’s crossword: the most popular musical instrument throughout history and cultures

Almost every culture in the world uses only one type of musical instrument: the drums.

Click start to play today’s crossword puzzle, where you can identify musical instruments from around the world.

An integral part of many ceremonies – whether in war battles, religious ceremonies or festivals – drums remain among the most popular instruments. Here are three facts about the versatile and booming drum:

1. They are one of the oldest instruments in the world

The alligator drum is the oldest ever discovered. Used in Neolithic China or the New Stone Age period, the drum dates back to 5500 BC. It was made from alligator skin and clay, and the Chinese used it for shamanic rituals, along with sticks and bones as drumsticks.

2. The battery is a workout

The battery burns more calories than weight lifting, hiking, or biking in the same amount of time. A study by the United States-based nonprofit Clem Burke Drumming Project found that a 90-minute showcase makes a drummer’s heart rate reach the same rate as that of an average footballer from high level. And the average number of calories per hour spent on drumming was around 600!

3. They were used for communication

The rumble of drums is not only a pleasant sound, it was used as a form of communication in medieval Europe and during the Renaissance. The soldiers used it to send coded messages to each other. In ancient India and Africa, the sounds of drums could carry messages across sprawling distances.

According to a December 2019 study published in the American journal Brain and Behavior, people who regularly play the drums have a different brain structure and function than those who do not use the musical instrument. Drummers have much better motor coordination and the two hemispheres of their brain are able to exchange information much faster than untrained people.

5. The most expensive battery

Sold in California, United States, at a Julien auction on December 5, 2015, the drums were owned by Sir Ringo Starr, the drummer of the famous British rock band The Beatles. He originally bought it in 1962 and used it in at least 200 performances. The instruments were sold for 2.1 million dollars (7.71 million Dh).

Do you play the drums? Play today’s crossword puzzle and let us know at [email protected]