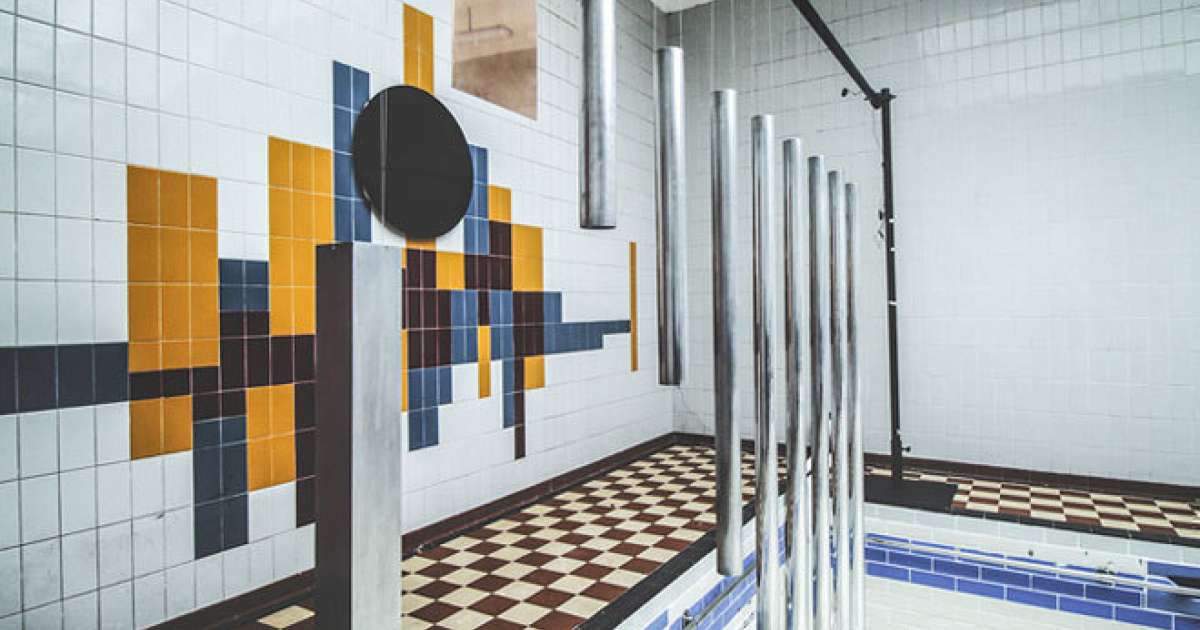 This swimming pool transformed into a musical instrument – News

A pair of performers set up a musical instrument in an empty swimming pool in Glasgow.

Florence To and Alex Menzies, who work as CØV, used three bar chimes, aluminum pipes, bronze sheet metal and violin bows to create the large piece which was presented at Sonica in October and November last.

It is now available to view online as part of the film
ETANAN, highlighting the intense screams and haunting gongs produced when the instrument is played.

On the exhibit, To said the couple first chose the location, namely the Edwardian Govanhill Baths which closed in 2001, before building the facility.

“Pool acoustics can be quite difficult with the strong resonance. We wanted to create something that was first initiated from space rather than creating an idea and then reconstructing it in space. ”

He added that the acoustics of the disused swimming pool influenced the configuration of the instrument.

“Every materials and layout decision was about taking the unique architectural acoustics and trying to make it an instrument in itself, using fewer digital systems and with minimal control of the acoustics.”


Watch the video in action below.