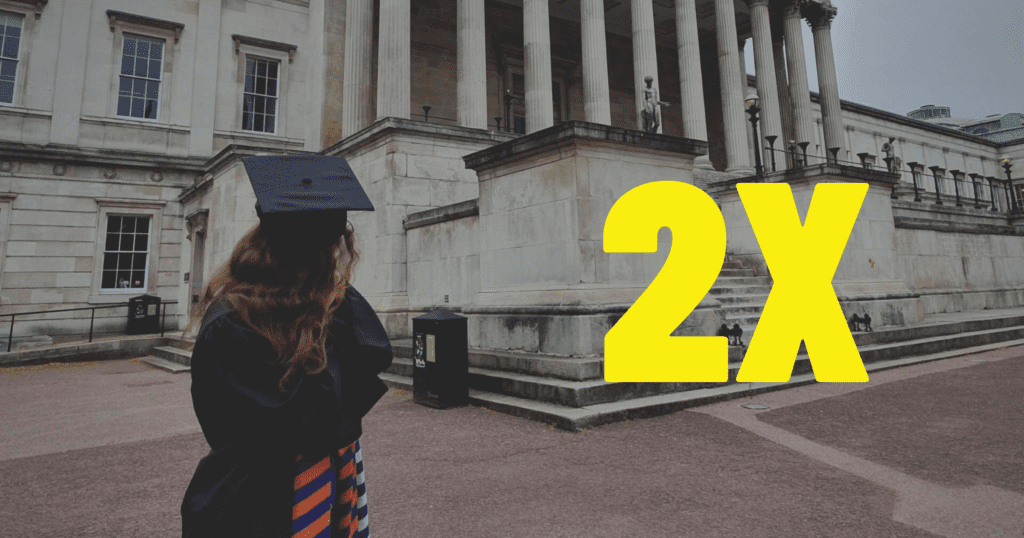 Student loans aside, graduates have more debt than those who didn’t go to college

University students and graduates under the age of 40 have almost twice as much debt as people who have not attended university. And that’s not even taking into account student loan debt.

Those who went to college owe an average of £12,445 (not including student loan repayments) compared to £7,105 for those who did not go on to higher education.

New research from Equifax suggests this is partly because student loans act as a “gateway to more millennial debt.”

47% of students said they are more comfortable with borrowing, while 39% are more likely to borrow because they have had student loans before.

This research comes after recent student loan reforms which could mean incoming students will have to repay around £400 more each year after graduation, with this number rising to £750 for next year’s participants.

Proposed changes include stricter academic requirements to be eligible, higher interest ratesand a 1Longer repayment period of 0 years this means that incoming students will have to repay more and more per year.

Equifax said the reforms should “increase the debt burden of young graduates.”

Their findings show that 36% of those who got student loans before these reforms found them unfair, and nearly half (47%) believe they will “create a generational gap between those who pay and those who don’t.” not the higher fees”.

National Union of Students (NUS) President Larissa Kennedy described these proposed reforms as “classist, ableist and racist” after the Institute of Fiscal Studies (IFS) found that they could ban one in four Black college students.

But in addition to questioning the accessibility of college, Paula Roche, general manager of consumer solutions at Equifax, thinks the current debt and loan situation also underscores the need for better financial education.

Their research found that around a quarter of college students didn’t learn how to manage their finances until they were 18 and still don’t know what a credit report is.

She said: “Research tells us that the experience of going to college and having a student loan makes people more likely to use other forms of credit in their 20s and 30s, more likely to have checked their credit report and more likely to be in tune with their overall finances.

“While taking out different forms of credit is fine when managed responsibly and repaid on time, it is important that all young people understand the different types of credit available and have a clear view of how whose financial background may influence their ability to access it.”

Related stories recommended by this writer:

• Students will have to pay a £100,000 bill for their degrees and will not repay their loans until they retire

• Changes to the student loan system: one in four black students could be barred from university

• The government doesn’t just ignore students, it actively makes life difficult for them