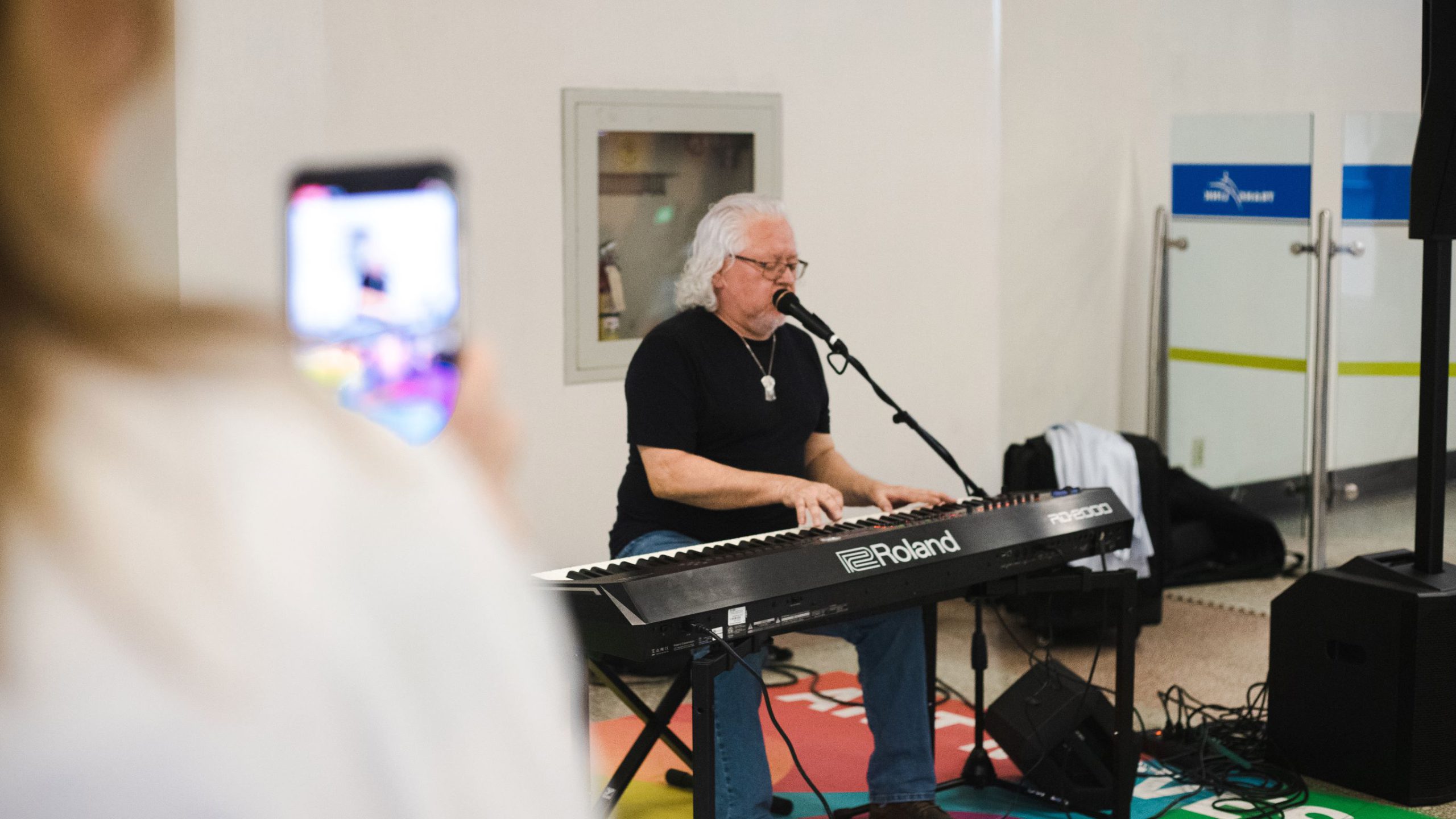 All these years, the thrill of singing the blues hasn’t gone away for Murray Porter. He was introduced to the blues over 40 years ago while growing up in southern Ontario.

“The blues have been my life since I was 14,” says Murray. “I heard BB King sing ‘The Thrill is Gone’ on AM radio late at night. I was hooked. I started playing the blues and have been playing for over 40 years.

Murray’s musical career has taken him all over the world. This month, that brings it to transit.

He is this month’s performer for Art Moves, TransLink’s new series of music and performance residencies that bring added vibrancy to the transit system through the performing arts.

The residency comes at a good time, as June marks National Indigenous History Month, a month to recognize the rich history, heritage, resilience and diversity of First Nations, Inuit and Metis Peoples across Canada.

What does National Indigenous History Month mean to you?

It’s a chance for Aboriginal people to share our stories with the general public. This is my chance to share our culture. I am proud to be a First Nations man.

Are there any events during this month that you find particularly meaningful?

The Vancouver Art Gallery memorial with the shoes representing the 215 children whose graves were discovered last year is truly moving.

What was the inspiration for your music?

I use music as a chance to celebrate our Indigenous culture, including the trials and tribulations our people have gone through. Affirmation and Education… asserting our right to be here and educating those who don’t understand this concept. My songs reflect my experience as an Indigenous person, and I have written songs about land and territorial claims, water, missing and murdered Indigenous women and girls, and residential schools, and will continue to do so. . But I also write and sing songs about love, as well as cheeky satirical songs. I always have a good time and feel so good when I play music, especially in front of an audience.

Hello everyone! My name is Murray Porter, I’m going to play some music for you. Have a little fun! Here we are.

The blues have been my life since I was 14. I have been playing for 40 years now.

I’m a musician, but I’m first nations first and then a musician. So all these feelings that I have as a First Nation [person] shines through in my music.

♪ When that hawk blows, I’ll be coming home. ♪

As an artist, I think it’s my duty to try to teach people. I sing songs about aboriginal issues like homelessness, poverty, residential schools, [and] murdered and missing women. All of these topics come up in my music because that’s who I am.