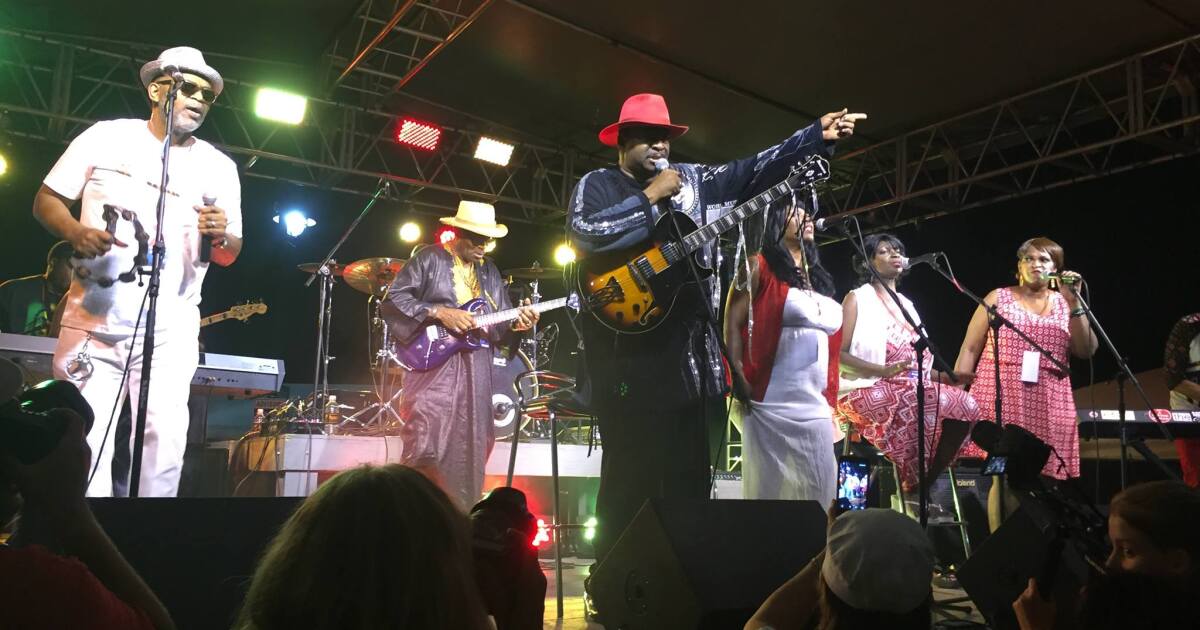 Originally from Wichita, Rudy Love Sr. began his musical career following in the footsteps of his father, Robert Love Sr.

“My dad and Don Level wrote ‘Good Morning Little School Girl’ which is the second most recorded song in rock and roll history,” Love said in a 2018 KMUW interview. “So we had a lot to do. . They were famous gospel singers years ago. “

Love became a songwriter for Little Richard at the age of 17. He was once a demo singer for Motown. Love has worked with Marvin Gaye, Ray Charles and Carlos Santana, and he has also collaborated and recorded with Sly Stone of the group Sly and the Family Stone.

In early 1974, Sly and the Family Stone broke up and Sly gathered new musicians around him for a solo release titled “High On You”. Love was featured on the majority of the songs on the release, including “Crossword Puzzle”.

Love is quoted in the sleeve notes as saying, “I couldn’t believe Sly wrote such a great song as ‘Crossword Puzzle’, and I was happy that he let me in and sing whatever I wanted on it. When I succeeded, he congratulated me and said ‘I had the nerve to have attitude.’ He liked it about me, so he let me do a few more voices. “

The film, About His Life, stars George Clinton of Funkadelic, Mick Fleetwood of Fleetwood Mac and comedian Sinbad.

When asked about his first reaction to the film, Love said he was in tears.

“When I finally saw the film, it was in London at the Raindance Film Festival,” Love said in an interview with KMUW. “I hate to admit it, but I just started screaming like a baby from all the time waiting to do this, and we started to think about doing it when we were kids and that’s why we have all this movie [footage] of times gone by. “

The film has won awards in 40 countries, including its world premiere at the Raindance Film Festival in 2018.

Earlier this year, the City of Wichita and the County of Sedgwick both proclaimed July 21 Rudy Love Day in his honor.

Love has been recognized for his musical contributions and spirit of generosity through fundraising concerts locally and out of state. He was also inducted into the Kansas Music Hall of Fame.

Many of his longtime fans refer to “This Song Is For You” as Rudy Love’s signature song. This is the title of the album Rudy Love & The Love Family released in 1978.

His brother Bob Love has said fans will not allow the band to leave a venue without playing it.

Asked about his favorite song, Rudy Love thought about it.

“I should say ‘Thank you Lord’ because that’s just my summary of my whole musical life,” Rudy said in an interview in 2018. “I think ‘Thank you Lord’ expresses… I I have no talent without the Lord, so saying that in a song, that sums it all up for me. “

Love’s funeral services are on hold.