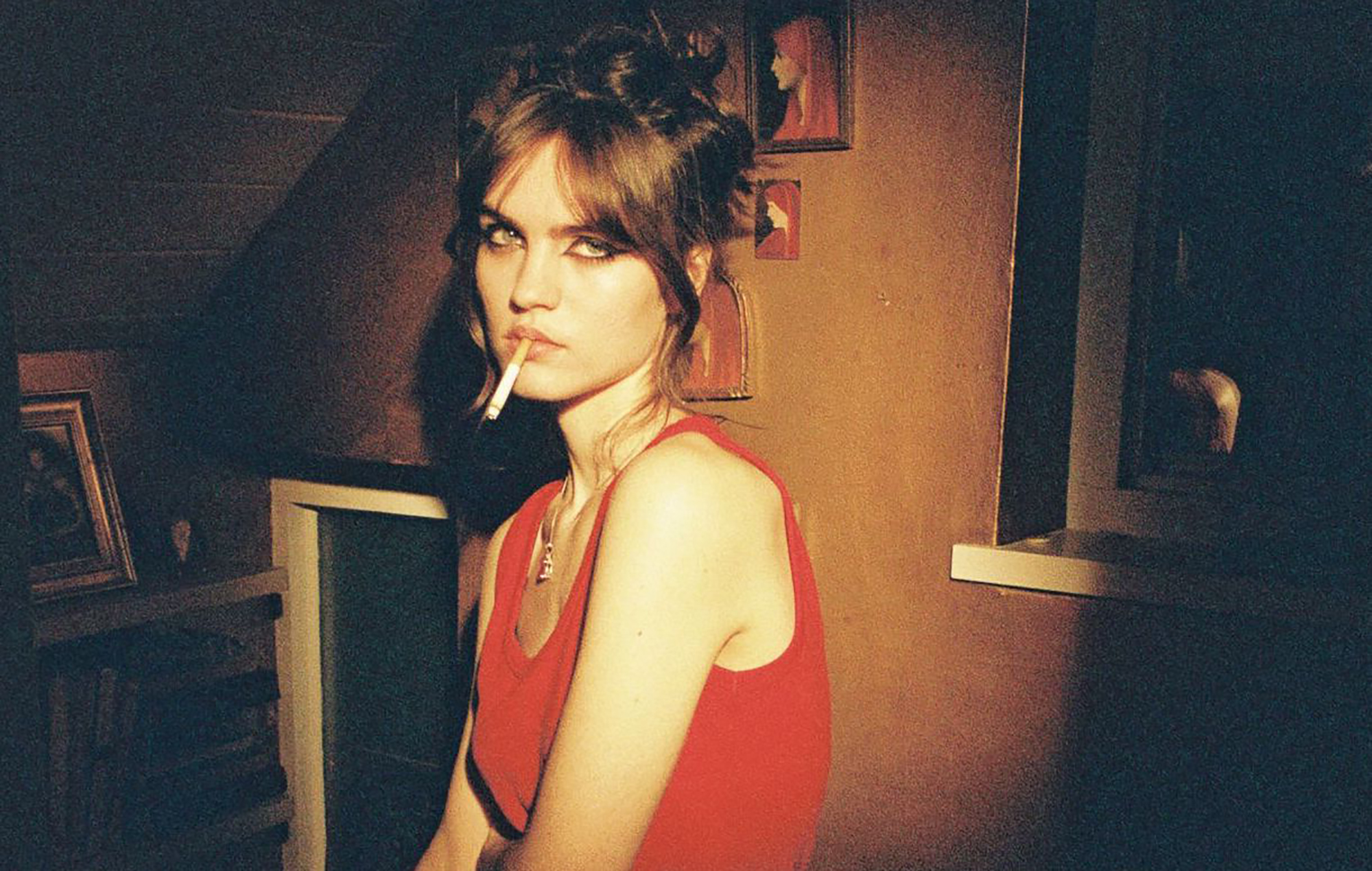 powerful artist to find his voice and work with Mura Masa

Gretel Hänlyn’s voice is not one you will forget. Powerful and commanding, her rich, raspy voice dominates any soundscape she traverses, whether it’s the lo-fi electronics of Mura Masa’s recent single “2gether” where she takes the lead, or rock gnarly alternative from her recent solo release, ‘Moto’. It’s a voice the 19-year-old artist, real name Maddy Haenlein, is proud of. “Nobody ever said change it,” says- she NME on Zoom from his parents’ home in Acton, west London: “If they did I would tell them to fuck off.”

“My voice is the thing that if people like my music, that’s usually what attracts them.” On each of the three tracks Haenlein has released so far as Gretel Hänlyn, it’s her ethereal vocals – between Hannah Reid and London Grammar’s Florence Welch – that will bring listeners to a halt in their tracks.

Still, it’s not something that’s always been there. “The voice I sing with now, I don’t know if that’s necessarily the voice I would have been born with,” she says. Born and raised in Acton, Haenlein’s first love for music came through boy bands like Take That and One Direction. From there, she began pinching her father’s records, drawn to the music of Nick Drake, The Killers and Pink Floyd, and took guitar lessons, but never vocals. “I kind of found my own path there,” she says of developing her singing voice.

As a teenager, Haenlein was admitted to hospital with an illness that caused her to lose muscle mass, particularly around her diaphragm, which prevented her from singing. “When I regained muscle and control, I was singing so raspy and so different, and I never really learned how to sing properly,” she says.

It was while recovering that she began to write her own songs. “That was the only thing that could console me, you know, that didn’t feel empty was when I was trying to sing. It sounded really bad for a long time because I couldn’t sing – but then I picked it up. Singing to a “frog in my throat” and “almost through my jaw,” she relearned the technique and adjusted her style, never feeling the need to correct her tone for a more “appropriate” sound. instead, drawn to the unconventional yet appealing new one.

When Haenlein turned 16, she started performing at places like The Basement Door in Richmond under the name “Maddy Bean”, a pseudonym inspired by Kurt Cobain’s daughter, Francis Bean Cobain. “I realized very quickly that I had made a terrible mistake, and literally everything was better than Bean,” she laughs.

Gretel Hänlyn’s nickname came later. Prepared to study physics and philosophy in college, it was her mother who convinced her to drop the degree and pursue music. “She just said, ‘Quit the day job. Don’t go to school. Just make music, because that’s what you’re supposed to do. Haenlein chose the name Gretel Hänlyn, after her great aunt. OG Gretel Hänlyn grew up in Germany in a vineyard and physically resembles Haenlein. “She had a very interesting history herself with mental health issues and disturbed family members,” she says of her lookalike. “I found myself completely addicted to that name.”

Haenlein is now gearing up to release her debut EP later this year, a splendid thing that leaps from euphoric indie-rock (“Motorbike”) to Britpop-inspired belts (“It’s The Future Baby”) and maximalist psychedelia ( ‘Generation Game’). On the project, she worked closely with dance don Mura Masa, who co-wrote and co-produced lead single ‘Slugeye’, and returned the favor by lending her vocals to single ‘2gether. ” by Mura Masa in 2021.

“We finished in 20 minutes. It was so quick…and then we just went for a beer,” Haenlein said of their check-in process. Now close collaborators, Mura Masa also took Haenlein under her wing, introducing her to other artists at parties and festivals and offering advice: “He never fails to create good music,” she says. “And I think people know that; both musos see it, and only the normal average listener also sees it from him.

On her EP, she wants to welcome listeners into the soundscape she has created. “Your voice is an instrument…for the integrity of keeping your sound, you don’t have to stick to one voice for every song,” she says. You can hear that recognition in real time on “Motorbike,” where Haenlein’s distinctive singing voice is layered over his screams, hyperventilation and moans – fully illustrating a chaotic, drunken evening.

Haenlein’s other goal with his music is more ambitious: to bring back the melodic guitar music of the 90s. “I think guitar music has really stagnated and there’s no melody these days”, she says. “There’s a reason why on a drunken night out everyone sings the indie songs from the 90s, and nothing from the 2000s or recent, and that’s because there’s nothing in this moment. And I think I’m going to be the one to try to bring that back.

Radar Roundup: sign up and receive our weekly newsletter on new music