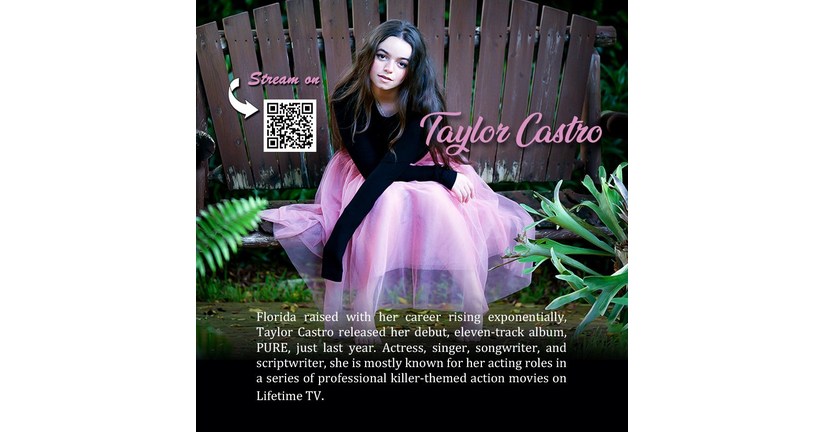 The beautiful Taylor Castroa Florida native with a burgeoning career, will debut two original, yet to be released songs, including “Abyss” and “The flowers of Ophelia”, sure to captivate her audience at Jingle Ball Village. She will also perform “London Bridge” from his first album “Pure”, featuring eleven original song tracks, encompassing a unified theme of embracing personal strengths while living a life of love. The album contains songs included in three separate movies seen on Lifetime & LMN and various movie streaming platforms. The collection of songs showcases her powerful voice with beautiful melodies and uplifting lyrics, sure to delight her audience at Jingle Ball Village!

Many of Taylor’s original songs have been performed in several award-winning films. Songs of “Pure” were performed in a memorable stage performance at “Dream Killer” including “I do not know what to say,“Ballad of When We Dance” and “My heart“for which she was recognized by the Los Angeles Film Awards as the winner of the Best Young Actress award.”To be strong“was in a feature film”boyfriend killer,“ and “I got you” was included in the multi-award winning film”girlfriend killer“

Taylor is a passionate vocal artist with a powerful voice and a heart of “PURE” gold!