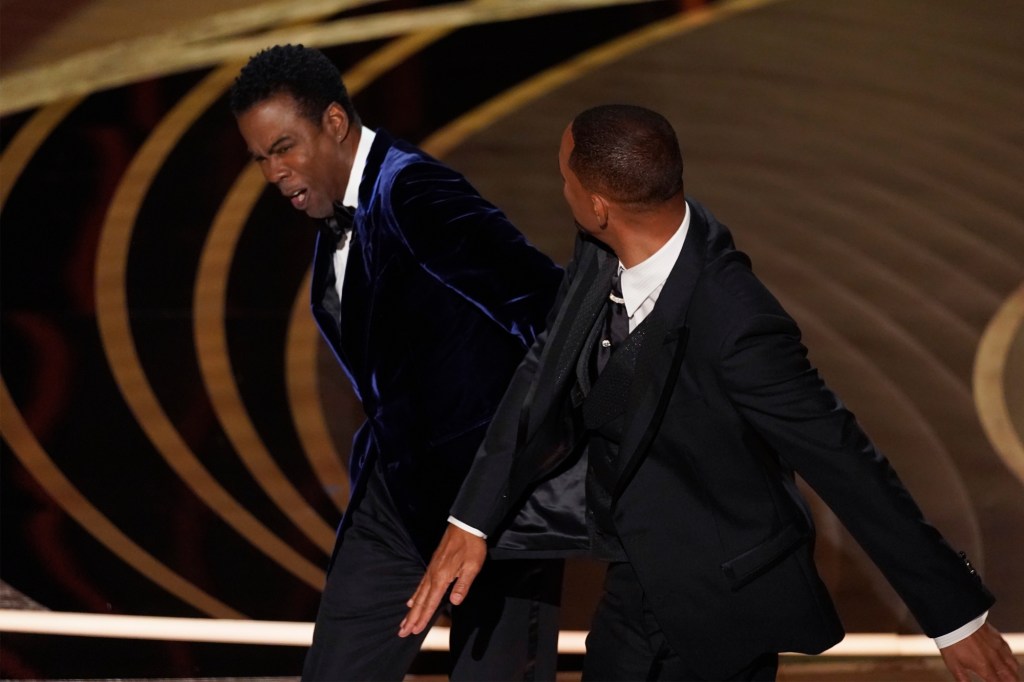 The Oscars will now forever remain the place where one member punched another onstage.

That’s usually not a problem – stage fights date back beyond the days of William Shakespeare. However, the act of an audience member, like Will Smith, interrupting a live event by stepping onto the stage from his seat to assault a performer, like Chris Rock, is a major violation of public norms.

As someone with over 45 years of planning and designing for over 350 theatres, I can say that the relationship between audience and performer is fundamental in all planning.

Before the groundbreaking ceremony turned at Tamalpais High School for the Daniel Caldwell Performing Arts Center, a realistic balance between institutional needs and a limited construction budget had to be struck. The department wanted an immersive experience for Tam students. The seats would surround the stage on three sides with the possibility of converting it into a small arena.

The stage, shop and offices were all to be on the entry level, as was the front row of spectators. The moat that often surrounds this type of stage – separating the audience from the performers – would be filled with students and their parents. The audience and the performer would be within easy reach of each other. Good behavior should maintain critical separation.

A very different example is the Marin Theater Company in Mill Valley. It presents shows on a type of stage that directly faces the audience in a non-immersive environment. The proscenium theatre, an invention of the late 1800s, creates a clean separation between performers and audience. The shallow depth makes the rows of seats straight and parallel close together, but the stage spectacle is seen in a picture frame. The scale of the proscenium arch and the small size of the audience create the intimacy the audience loves.

But the rules remain.

The existence of the “fourth wall”, that is to say the invisible barrier between the audience and the performer, dates back almost 140 years. In the United States, this is the traditional “go to” design for most venues, including those at Redwood and Archie Williams High Schools, as well as the Veterans Auditorium at the Marin Center.

It’s not unlike the Dolby Theatre, home of the Oscars. The 2,300 seat capacity requires curved rows and balconies. This year, the producers opted for a new, more popular audience design, a retro approach with Las Vegas-style seating for small banquets and cocktail tables.

Easy access for Oscar winners eliminated the practice of trying to get out of a crowded row. With such an open-front seating design, the goodwill of audience members and the tradition of parting were essential.

In schools, we rely on educating young audiences to maintain civility and respect traditions that train students with simple rules of performance etiquette. The threat of discipline and respect from their peers is paramount. With limited live theater experience, most kids stay put.

For rock concerts, the reverse is true. Marin, rich in live musical performances, proves that this is no exception. That’s part of the problem.

Audiences at popular events and Broadway shows became more unruly and self-proclaimed. Exploding ticket prices sometimes mean privileges for ticket holders that extend beyond the seat. These advantages do not exist. The fabric of civility was the remaining barrier that kept the separation in effect.

Now we have Smith, who was furious at a comedian’s comments before taking the stage from his seat and assaulting the performer on network television during so-called “family time.” Is this a learning moment for our children?

Smith broke the rules. Future performances will now have the burden of dealing with the physical reaction of the audience.

The emergence of an uncivil public is very troubling to me. This speaks volumes about the conflict latent within us. Norms keep us in our place. I fear for future generations.

5 reasons why gold loan is better than personal loans