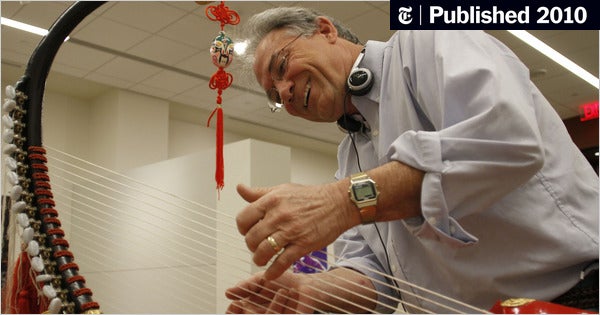 Otherwise, the principles of organization seem to favor random sampling. This is particularly a problem in the United States gallery, the only place where the museum puts aside its concerns with national borders and organizes exhibitions by style. There are exhibits devoted to klezmer, Appalachian music, Sousa bands, country and western, Japanese-American drumming, conjunto, jazz, bluegrass, and hip-hop.

You can piece together some of the ways black American music evolved, but the museum’s diverse approach transforms American music into a conglomeration of small, unrelated sound islands. There is something remarkable about the history of musical diversity in the United States, but we cannot understand it here. At a time when most museums want to shape their exhibits into narratives, this one seems to doggedly avoid any semblance of a narrative or evaluative thread.

The musical tradition that suffers most from this approach is the “classical”—the tradition of art music in the United States. We find nothing on the development of American orchestras, or the growth of the best music conservatories in the world, or the evolution of American musical experimentation. Nor do Asian galleries learn of the explosion of interest in Western classical music over the past half-century, or the growth of Japanese and South Korean piano makers.

Generally, the curatorial approach privileges representation and sampling rather than evaluation and distinction. Its goal is diversity, and its method is quantity. But is that really the approach taken by members of the museum’s eminent curatorial board – a list of consultants representing the world’s major instrument collections and museums?

But the most missed aspect here, strangely, is the music itself. We see the instruments, we hear them play, but we don’t learn how they are used to explore musical space and time, how a culture’s sense of scales and musical relationships can affect the construction of its instruments. , or how his beliefs about the world might affect both his instruments and his music. Maybe in time it will come.

In the meantime, what we are left with – and, admittedly, this is no small feat – is an idea of ​​the magnitude of the human musical enterprise and its centrality in every culture’s attempts to tame the natural world. always indomitable.