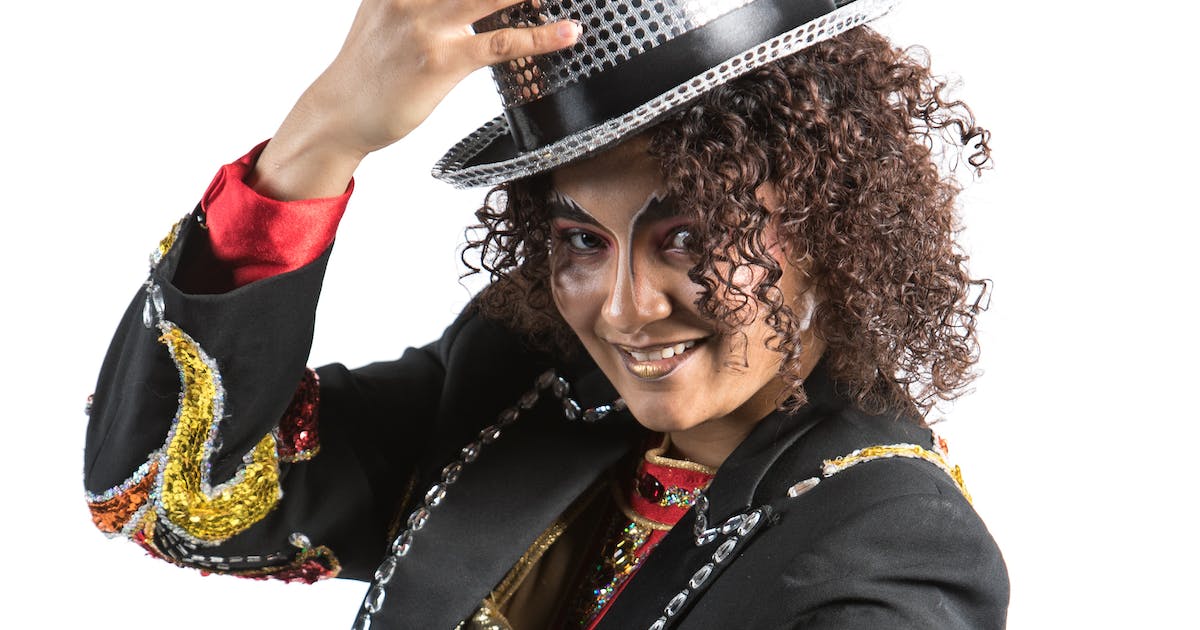 The floor under the marquee was a whirlwind of activity – spinning hoops, spinning unicycles, twisting ropes, bodies hurtling through the air – sometimes carefully coordinated, other times with so many people moving it seemed to chaos but was, in fact, bound together by subtle choreography.

Participants in Circus Juventas, a program that provides training in circus arts for young people, were training for their next summer show, “Confetti”, which will run until August 12 at the organization’s marquee in St.Paul.

The summer show is an annual event featuring performances by the circus’ most advanced students, including 20-year-old Rose Dunn-Wright of Minneapolis, who plays the ringmaster in “Confetti.”

“This will be my last show,” said Dunn-Wright, who has been participating in Circus Juventas since he was 9 years old. Although she intends to continue unicycling, she is heading to college with the intention of majoring in environmental science. She would like to start rock climbing.

During her 11 years with Circus Juventas, Dunn-Wright found friendship and a sense of community, she said. She was interested “in doing stunts and stuff.” But also, at school, she “felt like a misfit,” said Dunn-Wright, the daughter of a black mother and white father.

At Circus Juventas, Dunn-Wright was inspired by two legendary ringmasters, Johnathan Lee Iverson, the first black ringmaster, and Kristen Michelle Wilson, the first female ringmaster. Both were ring masters at Ringling Bros. and Barnum & Bailey Circus when it closed.

“I didn’t have a lot of friends at school, but when I came here I always felt like this was my home,” Dunn-Wright said.

The story begins in 2017, illustrating the real end of the Ringling Bros. and Barnum & Bailey Circus after 146 years. Circus performers, uncertain about their future, travel back in time, visiting high points in the history of circus development, beginning in the 1400s with street minstrels juggling Renaissance Italy.

They visit 18th century England, where a horseman named Philip Astley, known as “the father of the modern circus”, introduced the concept of a circus ring combining music, acrobatics and animals.

“Confetti” has no living creatures, but does feature a fun life-size horse puppet.

Other segments include the invention of the flying trapeze in 19th century Paris, the famous American showman PT Barnum, and a look at the new circus, the theatrical style exemplified by Cirque du Soleil and by Circus Juventas itself.

“We decided to jump through the centuries… to all the iconic moments in circus history,” said Betty Butler, who founded Circus Juventas with her husband, Dan Butler.

Now in their 60s, the Butlers were teenage circus performers when they met in Sarasota, Florida in the 1970s. In 1994, the couple moved to Minnesota and started Circus Juventas. The organization has since trained thousands of young people, ranging from toddlers to young adults, in a wide variety of circus arts. Some start from scratch, Betty Butler said. They gain strength, flexibility and confidence through the program.

“I have to admit, I’m so impressed” by people who learn circus skills without having a family background in the craft, said Gena Cristiani, circus artist and costume designer. She made 55 of the “Confetti” costumes, including Dunn-Wright’s ringmaster costume.

Cristiani has researched the suits to resemble their historical counterparts – except the new ones use Spandex for comfort and flexibility.

“These people have to work a lot harder than people born in the craft,” said Cristiani, a Russian native whose family has been performing in the circus for five generations. While members of circus families are just practicing skills, newcomers need to learn from the start, she said. “My respect for these people is quite high.”

Iverson is now Ringmaster and Chairman of the Board of Omnium Circus, a Virginia-based organization that celebrates diversity with multiracial and versatile performers. He described his circus career as “one of those amazing adventures you don’t plan for” and the best time of his life.

“There’s no performing arts entity pushing you to like it,” Iverson said. “It’s not pre-packaged, it’s not even familiar. You surprise your audience. It’s adventure and, to me, it’s the pinnacle of art, that you put something new in the world.”

Dunn-Wright said Circus Juventas helped her grow in several ways. She made lasting friendships bound by trust – people who throw in and catch up hundreds of times must really be trusted.

“I feel like I’ve gained a lot of physical strength and just confidence to do some things that I never could have done if I hadn’t joined the circus,” she said.