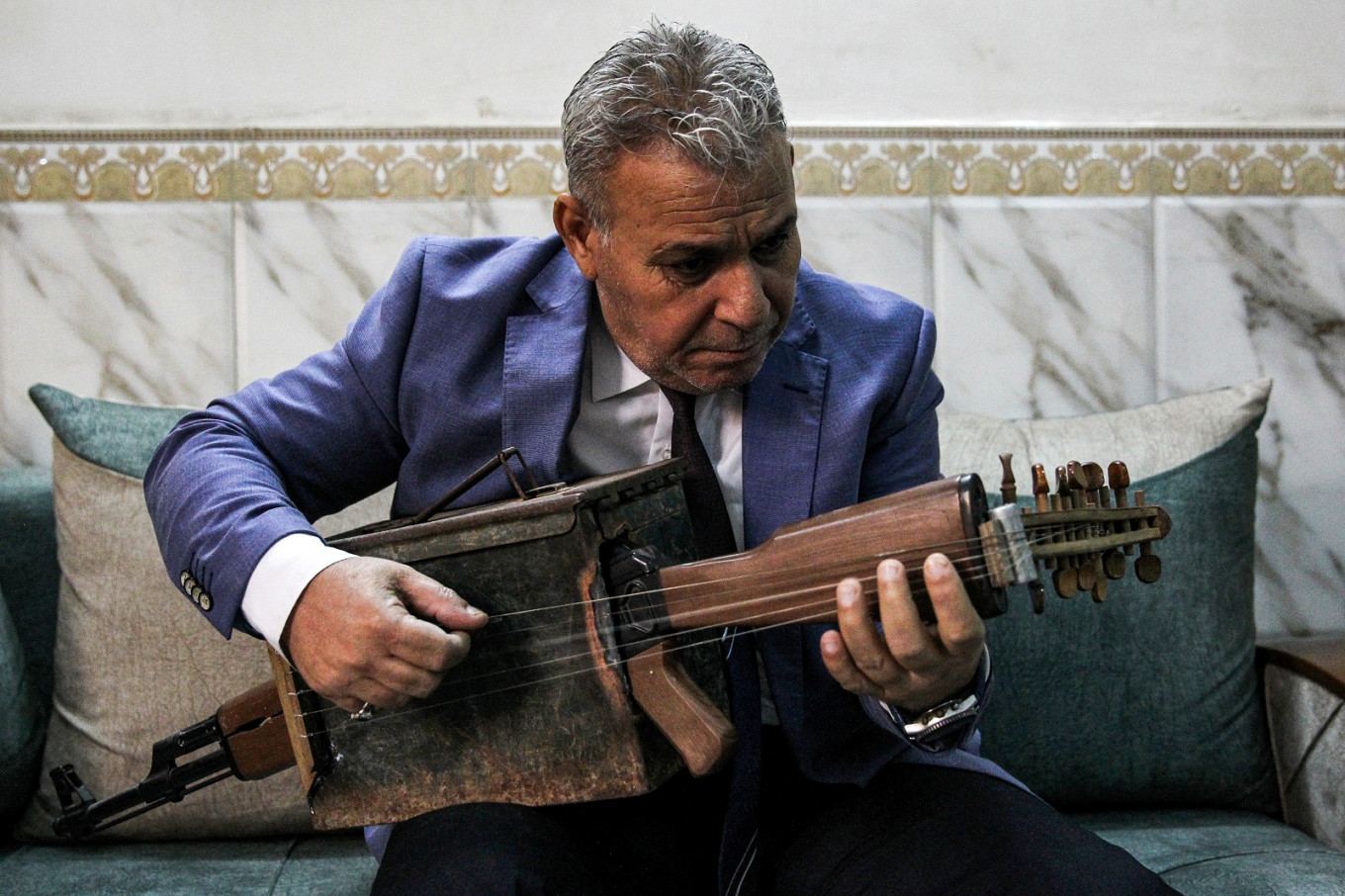 It may appear that Majed Abdennour, a resident of Baghdad, is playing the lute, but on closer inspection, the Iraqi musician is holding a reused Kalashnikov.

Dressed in a blue blazer and dark tie, Abdennour strummed the strings of his unusual instrument which has an ammo box as a sounding board.

The 50-year-old Iraqi teacher had the assault rifle at home to “protect” himself and his family during the worst years of sectarian violence in the Iraqi capital.

From 2006 to 2008, extremist militants and Islamists ruled Baghdad, while Sunnis and Shiites hid behind closed doors in their respective communities.

Read also: After years of silence, music invades the streets of Mosul in Iraq

“Suddenly, it was as if all the ties that united us no longer mattered, Iraq became a huge battlefield, war was everywhere,” said Abdennour.

According to the Iraq Body Count database, more than 100,000 civilians were killed in the country between the US-led invasion in 2003 and the US troop withdrawal in 2011.

“I wonder: why the war? Why the violence? I’m going to turn it all into music,” said Abdennour, who has lost several cousins â€‹â€‹and friends in the attacks.

When he brought his Kalashnikov and ammo case to a steelworker, he was asked what he wanted to do with the weapon.

“I told him: don’t ask questions, just do it!

â€œAnd I was sure he thought I was crazy,â€ Abdennour said, before continuing to strum a song.