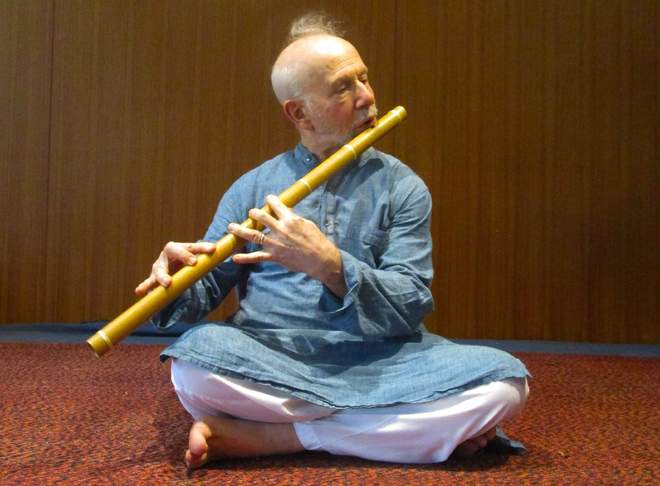 Indian musical instrument, the bansuri, on a global note: The Tribune India

A young man was sitting around the docks in Calcutta trying out different trash like PVC pipes and bamboo to create the perfect sound. Destined to be the patriarch of the Indian bansuri, he became none other than the legendary Pandit Pannalal Ghosh (1911-1960) whose name remains synonymous with one of the most sublime musical instruments in the world.

Originally a folk instrument associated with Lord Krishna, the captivating tone of the bansuri was limited to village gatherings and folk celebrations. It is the eternal conviction of Panna Babu that has elevated the simple piece of bamboo to the rank of the world’s most sought-after instruments in the 21st century.

Internationally renowned tabla and sitar maestro Pandit Nayan Ghosh, nephew of Pandit Pannalal Ghosh, says: â€œIn Indian cities, you can often meet bansuri players and students in the street. People from all over the world fly to India to learn the instrument. Previously, the sitar was the most popular Indian instrument in the world, thanks to the wave Pandit Ravi Shankar. Today, it’s bansuri â€.

Panna Babu, he explains, pioneered the bansuri as a classical instrument. â€œHe invented the bigger and taller bansuri and made it a full-fledged concert instrument on par with the sitar or sarod. He faced criticism from the conservatives of his day, but his conviction was unwavering. This unprecedented contribution, which he made in just 20 years, would otherwise take generations, â€said Pandit Ghosh.

Famous flautist Pandit Hariprasad Chaurasia’s Vrindavan Gurukul Institute in Mumbai attracts students of various nationalities, both male and female. His eminent followers spread his style to countries around the world with concert halls teeming with music lovers and the uninitiated. â€œThe credit goes to Panna Babu for putting the flute at the center of the stage. It was only an accompanying folk instrument. Today, it is Pandit Hariprasad Chaurasia who is credited with the worldwide popularity of the instrument, â€says the maestro’s main disciple, the famous flautist Pandit Roopak Kulkarni.

He believes his guru simplified flute playing techniques, even Dhrupad-ang aalap, contributing to his popularity. â€œWe find flutes in all cultures. There are Indian Bansuri students from all over the world – Japan, Brazil, Europe, even Pakistan! Bansuri must now be taught at university level, â€he said.

The Sadhna of learning bansuri has produced outstanding representatives even beyond the borders of India. Recognized as one of the foremost maestros of the Western classical transverse flute, Chicago-based Lyon Leifer is also one of the main Bansuri exponents of the Panna Babu style which he learned from the disciple of the legend, Pandit Devendra Murdeshwar. . A few months ago, he organized a one-of-a-kind flute seminar at the world-famous Sangit Mahabharati conservatory in Mumbai, which was attended by the greatest Indian masters of bansuri.

Leifer believes the versatility of the Bansuri has had a far-reaching effect, even in the international genres that use it. â€œMy student Mathew Davis is a well-trained jazz musician who puts his bansuri training to work in an avant-garde jazz trio that travels the world. He finds Europeans very receptive to his bansuri. He also tours with a classic New Orleans brass band and audiences love to listen to his raga music. It helps them relax! Leifer said.

Indeed, the bansuri calms the mind and impresses the listener. The favorite subject of poets and literary figures throughout history, the instrument carries deep spiritual and historical significance. The universality of its sound has people from various cultures who relate to its music. â€œThe bansuri is the adivadya or the primary instrument associated with Lord Krishna. Panna Babu’s technical and aesthetic contributions made it hard for people to believe that the flute could sound so rich and ethereal. Hariprasad ji popularized it internationally, â€says veteran flautist Pandit Nityanand Haldipur.

The bansuri, he says, is a simple looking, light and portable instrument without any external accessories like strings. This is one of the reasons for its great worldwide popularity. â€œThe bansuri is an instrument you can play anywhere. You don’t even have to tune it if it’s built in accord. No wonder there are so many takers all over the world, â€he adds.