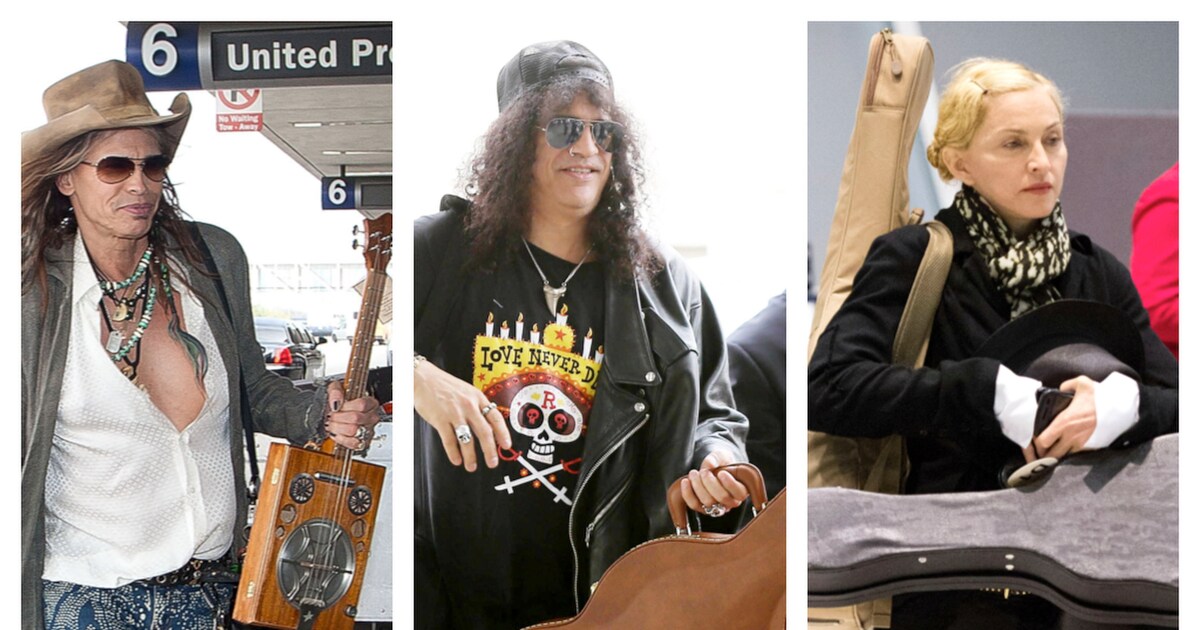 How to protect your musical instrument in flight

When Malian master musician BallakÃ© Sissoko opened the case of his kora, a traditional and delicate 21-string instrument, after a flight in early February from New York to Paris, he was devastated by what he found.

“BallakÃ© Sissoko has just seen his dear custom-made kora completely destroyed by US customs, without any justification,” wrote Lucy DurÃ¡n, ethnomusicologist, in a statement on behalf of Sissoko on her official Facebook account. â€œIn Mali, the jihadists threaten to destroy musical instruments, cut the tongues of singers and silence Mali’s great musical heritage. And yet, ironically, it was US Customs that succeeded in their own way. “

What happened to Sissoko’s kora is uncertain. (The Transportation Security Administration said in a statement, â€œIt is very unfortunate that Mr. Sissoko’s instrument was damaged in transit, however … TSA did not open the case of the instrument because it was not ‘did not trigger an alarm when examined for possible explosives. â€).

Regardless of how it happened, this is the latest in a long line of incidents in which irreplaceable instruments have been damaged during air travel and TSA inspections. As the summer festival season accelerates, many musicians will face the challenges of traveling to perform: visa issues, lost bags and challenges of transporting their equipment across borders. Some countries, like the UK, are stricter than others when it comes to complicated luggage, said Jess Lewis, independent tour manager for bands like Run the Jewels, Purity Ring, Iron & Wine and Calexico, but basically you are at the mercy of customs and airlines.

â€œYou can have a bad experience, whether it’s flying with it in your hand or as cargo. I’ve seen a forklift go through a guitar case before, â€Lewis said. â€œAirlines should be as explicit as possible on their websites about their policies. But if you’re not a platinum member, don’t expect special treatment.

Stories like Sissoko’s are a nightmare scenario for musicians, especially those who use rare or period-specific traditional instruments. It happens with some frequency – in 2015 famous Chinese pipa Player Wu Man’s instrument was demolished on a US Airways flight (the airline eventually replaced it after public outcry). In 2018, Myrna Herzog of the Phoenix Early Music Society discovered that her rare 17th-century viola da gamba had been damaged on an Alitalia flight (the airline reimbursed him for the repairs).

In 2014, Christopher Wilke, lute player and music professor at the University of Cincinnati, saw his $ 10,000 instrument destroyed in a Delta flight. Wilke was meticulous with his instrument, even placing a humidifier inside the case to prevent drying out. Delta paid for the repairs, but blamed the negligent TSA and airline policies for the incidents.

â€œThe apathy of the TSA and the airlines to protect rare instruments from damage significantly hinders the ability for musicians and the public to connect,â€ Wilke said. The experience has shaken him so deeply that, despite recent collaborations with rock and hip-hop artists and offers for national tour dates, he will not record his instrument and cannot afford the cost of an extra airplane seat, and not to perform beyond a day’s drive from Cincinnati.

â€œUnfortunately, until TSA and airline industry workers are held personally responsible for negligence or malicious intent, incidents like this will continue to occur,â€ he added. As musicians, â€œwe build bridges. It’s ironic that a travel industry is the one blocking these bridges.

There are, of course, best practices for touring musicians to avoid TSA dings and scrutiny. Lewis said she has never experienced anything destructive to artists by bringing borders across, but it can still be a humiliating or tense experience.

â€œDiscovering the power of customs is a frightening thing. If they want to, they can just keep you there, â€she said. A document called a logbook – essentially a global baggage passport – can help ease the process, and keeping a detailed manifest of all your gear and extra zippers can help inspections run faster while securing them. suitcases.

Sissoko, obviously well aware of the fragility of his instrument, would have known how to take all the precautions. But no traveler can explain cultural ignorance or neglect during the inspection process. This dynamic is compounded when it comes to unfamiliar equipment like a kora and can raise the specter of racism.

“It has to do with a not very pleasant image of America today and a lot of racist and discriminatory statements made by those in power,” said Cheryl Keyes, professor of ethnomusicology at UCLA who studies music. traditional African music. â€œMaybe whoever looked at it thought it was something else. But it’s related to Africa, and once you tackle something that’s part of a tradition, with so much cultural sense , it becomes racist.

But musicians are not totally helpless. While the TSA and U.S. Customs and Border Protection are government agencies that in the Trump era are often feared as xenophobic, airlines sometimes respond to commercial pressures.

Ten years ago, Canadian singer-songwriter Dave Carroll’s beloved guitar was damaged while in transit on a United flight. He wrote a song, â€œUnited Breaks Guitars,â€ about it with his band Sons of Maxwell, and it became one of YouTube’s first viral sensations.

â€œMusic is an extension of how you feel and think and your instrument is your best friend. Losing this is awful, â€Carroll said.

The song cost the airline a lot of reputation. Carroll said, â€œBallake is a virtuoso, and no one would say I am,â€ but he felt a familiar sting when he heard the story.

Carroll was one of the first musicians to use social media to castigate a negligent airline, and he has since made a career as a consumer advocate in the music and travel industries. In 2012, after a decade of pressure from musicians, Congress passed the FAA Modernization and Reform Act, forcing airlines to allow musical instruments on a flight if they fit on the plane. The new regulations came into force in 2015.

“You can’t deny [the song] had a negative impact on the brand when millions of people used it as a metaphor for bad service, â€Carroll said. â€œSometimes the conditions are not the best for people handling bags, but it is sad that the traveling public pays the price. There was definitely a lack of respect there.

But for artists like Sissoko, the damage to her kora goes beyond practice. You can buy another guitar or find a qualified lute repairer. What he cannot recover is the spiritual essence of his instrument, and it doesn’t fit a complaint form so well.

â€œIt’s not like you can go to a manufacturer and buy a kora,â€ Keyes said. â€œThe caste of craftsmen gives it protection designed especially for you. Whoever did it can put the pieces back together, but if you lose a child, you cannot replace that child. Maybe the kora can be put on display to show what’s going on if you just assume people know the power of your music.