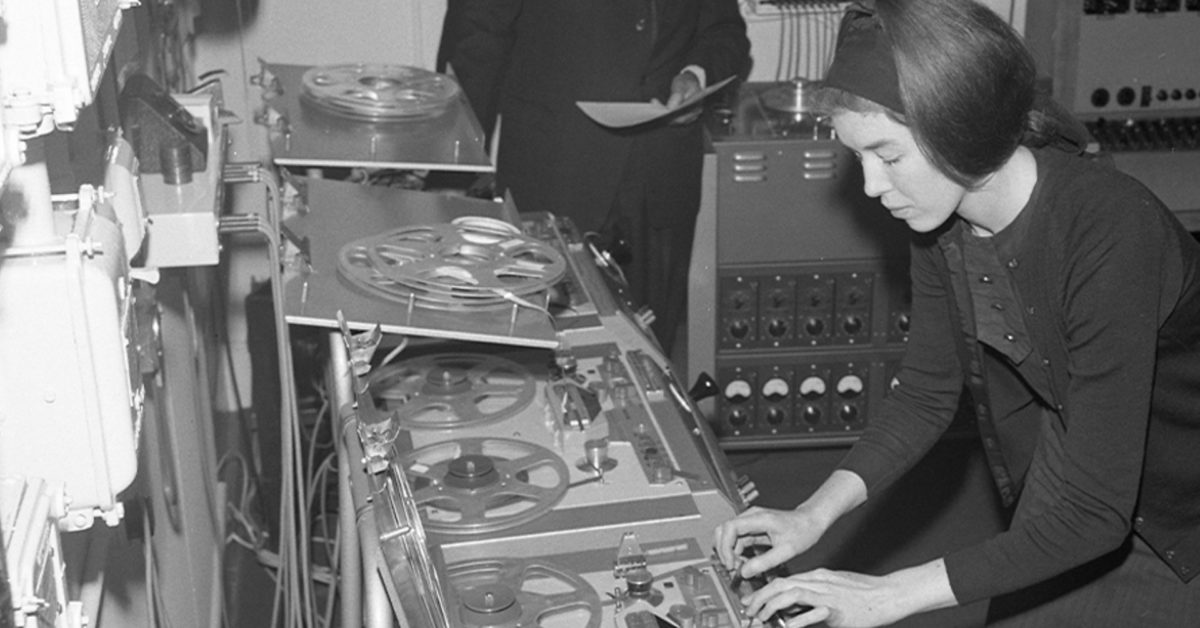 Doctor Who theme composers turn the internet into a musical instrument

The original composers of Doctor Who are about to turn the Internet into a giant musical instrument. They plan to debut Latency, their new musical composition this week… on the internet, of course. The BBC Radiophonic Workshop has been a major contribution to pop music since the 1960s. Delia Derbyshire composed and arranged the original Doctor Who theme with a combination of a theremin, guitar, and tape sampling, decades before tape sampling was widely used in pop music in the 1990s.

The workshop has composed many musical themes for BBC broadcasts over the decades, including for The Hitchhiker’s Guide to the Galactic. They have always taken pride in technological innovation in music and their methods are often picked up by many others including DJs, engineers, pop music producers and more. They have influenced everyone since Paul McCartney at pink floyd at aphex twin at Orbital.

Beyond “Doctor Who”: Making music in confinement

The composers took inspiration from the Zoom calls they made during the pandemic, using the natural lag of online calls to “loop music”.

“The sound is sent to someone and they add to it, and it keeps spinning,” Bob Earland explained to the Guardian. “So you’re not relying on everyone being on the same clock.”

Roger Member said the loop presented a new way to address what he had previously proposed. “What I liked was waiting to hear what I did in the previous round, coming in about five seconds, listening to it, and then reacting to myself,” he said. .

Bob Earland and Paddy Kingland had been trying to figure out how to make music together while being forced to stay home during lockdown. Bands and orchestras have to pre-record shows because it’s nearly impossible to synchronize instruments in different locations, often using zoom. The biggest problem is the internet’s natural lag, or latency, which is caused by the milliseconds it takes for electronic signals from one computer to reach another, a common occurrence during a zoom call. So the room Latency was born.

Earland and Kingsland found a trick: they could extend the Internet’s delay from milliseconds to several seconds. Instead of trying to play at the same time, Radiophonic Workshop members will play one segment after another in sequence, rather than in parallel.

Member of the Radiophonic Workshop Peter Howell added: “The idea was reflective of our times. We’re all subject to the internet now in ways we never thought we’d be. And Bob and Paddy came up with an idea that literally uses what we all rely on for a creative purpose, using something we all take for granted but in an artistic way.”

The Radiophonic Workshop will perform Latency plus more compositions on their YouTube channel next week at 8pm UK time on Sunday 22nd November. The day after will be the anniversary of Doctor Who’s first date in 1963, and the BBC has also dubbed it “Delia Derbyshire Day” to celebrate her contributions to music and culture.