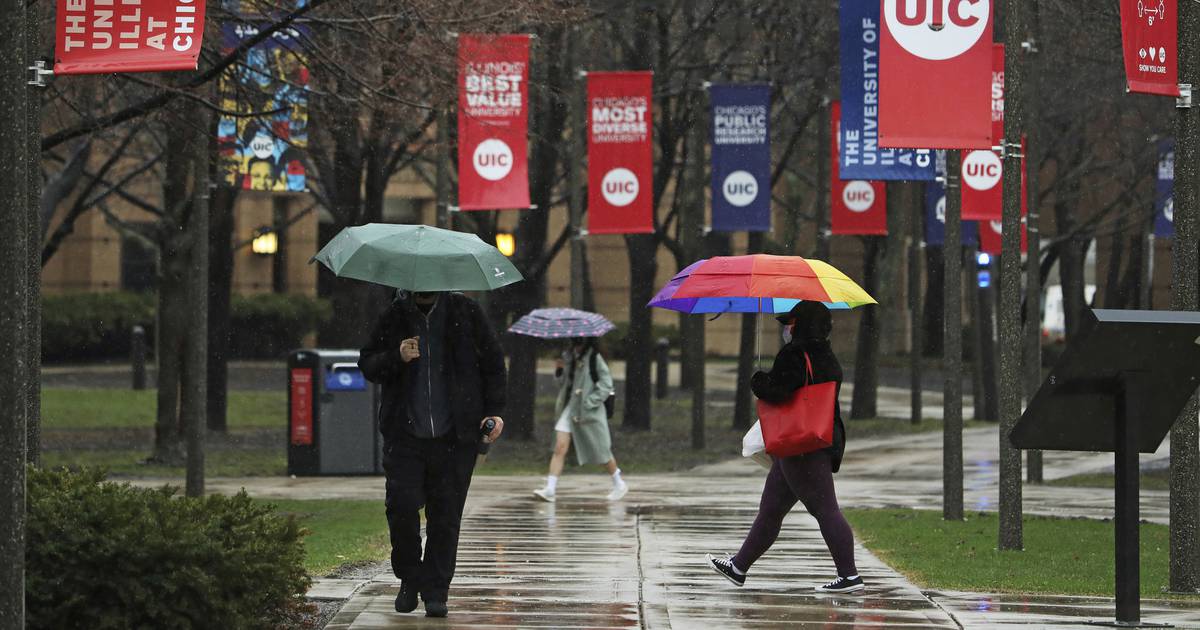 Cancel student loans? There is a better solution. – Chicago Tribune

The pandemic has hung like a storm cloud over America for more than two years, but for some people it has had a silver, or perhaps gold, lining. Since March 2020, the federal government has exempted student loan recipients from interest payments and accrual, saving them and costing the federal government $200 billion so far.

President Joe Biden has said he plans to provide additional relief to Americans burdened with student loan debt. During the campaign, he promised to set aside $10,000 for each borrower. On Wednesday, he ruled out requests to make $50,000 of it, but said he was seriously considering additional help.

The problem he is tackling is not imaginary. Some 45 million Americans owe a total of $1.6 trillion in student loans. Robert Lawless, a professor at the University of Illinois School of Law, notes that since 2006, per capita debt on credit cards and mortgages has declined slightly, in inflation-adjusted terms, while car loans rose slightly.

Meanwhile, student loan debt has more than doubled. The weight has fallen disproportionately on a generation of college graduates that was particularly hard hit by the Great Recession of 2007-09.

But the case for canceling loans at all levels is weak. Many people with heavy debt have the kind of degrees and jobs that make paying it off entirely possible. Many borrowers have smaller debts. Loan cancellation at all levels tends to be regressive, in the sense that those with higher incomes would get an outsized share of the benefits.

There is a better option: let borrowers discharge their excessive debts through bankruptcy or similar proceedings. It is a remedy available for just about every other type of debt. In colonial America, people who couldn’t repay their loans could go to debtors’ jail. But the Constitution authorized Congress to enact “uniform laws respecting the subject of bankruptcy.”

These laws recognize that people and businesses sometimes incur debts that they ultimately cannot repay. Bankruptcy is as American as Little House on the Prairie. In 2020, there were 544,463 filings, compared to 774,940 in 2019.

In a society based on property rights and free markets, you might expect the stench of disgrace to attach to those who do not repay what they owe. But these days, bankruptcy carries about as much stigma as skipping church on Sunday.

Among the Americans who have managed to legally evade their obligations are actress Pamela Anderson, baseball star Curt Schilling, country music artist Willie Nelson and a certain former president. Six of Donald Trump’s businesses have filed for creditor protection.

Almost all major airlines have gone bankrupt. Just like Marvel Entertainment, General Motors, Eddie Bauer and Neiman Marcus. They can all invoke the wisdom of Henry David Thoreau: “Bankruptcy and repudiation are the springboards from which much of our civilization rushes.

Student borrowers could once use this escape hatch. But the alleged abuses prompted Congress to impose strict restrictions. Since 1998 it has been nearly impossible to repay student loans, however desperate the circumstances.

Previously, such borrowers were barred from seeking bankruptcy protection for seven years after repayment began. This prevented cash-poor graduates with great earning potential from cheating the system. But by making bankruptcy permanently unavailable, Congress has returned misery to millions who deserved relief.

Allowing the orderly discharge of unpaid debts would introduce a badly needed element of mercy without paying benefits to those who do not deserve it. Borrowers wouldn’t get off easily: asking for a debt relief will destroy their credit rating and make it much harder to get loans for any purpose for years to come.

Blanket loan forgiveness “would give doctors, lawyers and MBAs tens of billions of dollars,” Constantine Yannelis, an economist at the University of Chicago Booth School of Business, told me. Allowing bankruptcy or something similar wouldn’t be: “The main difference with loan forgiveness is that it would only go to people who really need it.”

It can be argued that this solution is unfair to those who have taken out loans and repaid them. But the same can be said for bankruptcy laws in general, which are an integral part of our system. When people go into too much debt, it is neither human nor realistic to push them into destitution.

Many people have made academic choices that turned out to be financially ruinous, and our laws should not condemn them to pay the consequences forever. America, after all, is the land of second chances.

Steve Chapman writes for Creators Syndicate. He can be reached at [email protected].

Submit a letter of no more than 400 words to the editor here or email [email protected].

The young Iraqi YouTuber and musical artist who inspires many with his multifaceted personality.