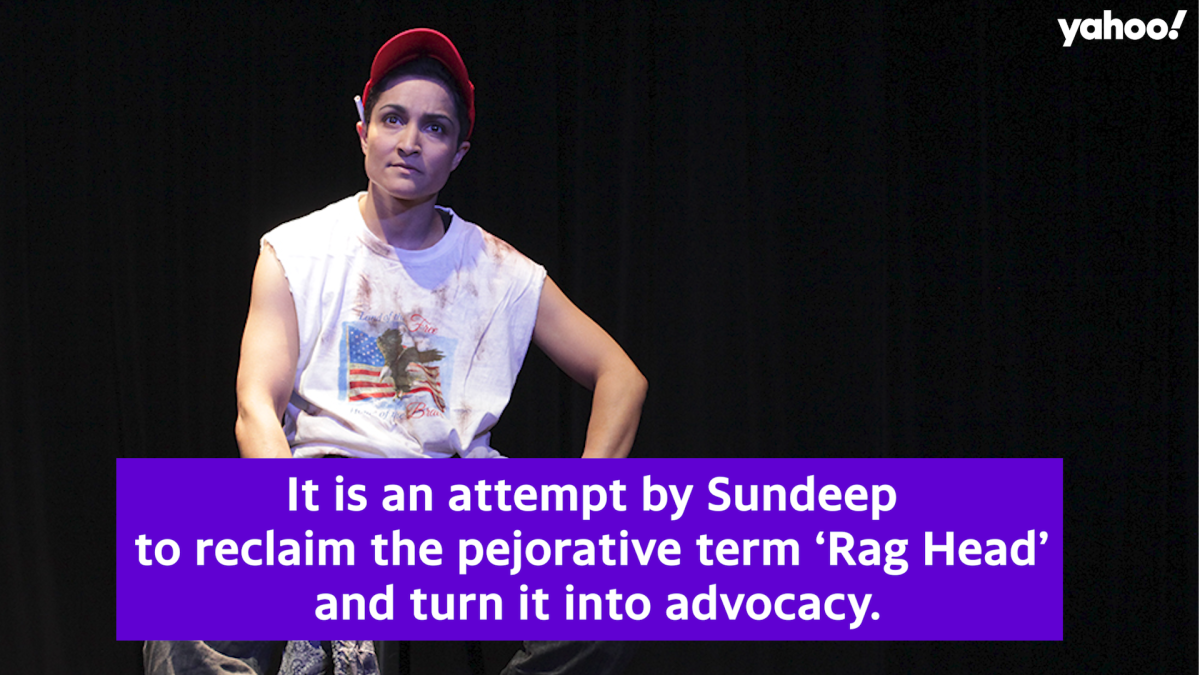 ‘Rag Head: An American Story’ is the title of Calgary-born, Los Angeles-based Sundeep Morrison’s new solo exhibition, and he seeks to reclaim a pejorative term and turn it into advocacy.

The show was inspired by the fatal 2012 shooting by a white supremacist at a Gurdwara in Oak Creek, Wisconsin, near where the Punjabi Sikh entertainer’s parents were living at the time. Sundeep, who uses the pronouns they/them, spoke to Yahoo Canada about the harsh reality of living in post-9/11 North America as a brown person.

“After filming, I was just, you know, I was angry, I was sad, and I was anxious and worried about them. And so for me, I used it as a writing exercise to purge my feelings and explore all my emotions and drive them out of my system,” they said.

The show will take place at the United Solo Festival, performing in New York on October 28. Watch the video to learn more.

SUNDEEP MORRISON: After the shooting, you know, it shook our community. It was really one of the first times I really questioned my parents’ safety, especially in a place where you think your place of worship is your sanctuary. And if anything could happen there, it could happen anywhere. And so after that – after the shooting, I was just angry, I was sad, and I was anxious and worried about them. And so for me, I used it as a writing exercise to just kind of purge my feelings and explore all my emotions and get them out of my system.

I am a solo performer. It’s a small production. It’s basic production.

And so for me, being a queer, non-binary South Asian Punjabi creative, I think getting any story out into the world, let alone on a stage or in front of people, is a challenge. But I’ve been really, really lucky with the support I have. But he was greeted with a lot of strong emotions, I will say.

I chose it as the title on purpose because it was one of the first slanders I heard against my father when I was a child. I had no idea what that meant. I knew what a rag was. I knew what a head was. But what he wore was his cloth crown.

And so that moment stayed with me. And I think with the internet and social media, white supremacists see the title and they think it’s a piece that sympathizes with their ideologies. And then when they dive deeper and realize that the piece is completely antithetical and it’s an advocacy piece, then they have strong emotions about it.

It’s about the immigrant experience, especially post 9/11 in America, Canada and how it affects us all. And also, I wrote this because the South Asian community, we know the struggle. As children of immigrants, we know this fight. So I really wrote this as an advocacy piece for white audiences, especially to see and learn and come away feeling something. And I hope when people are in circles where you have this soft racism or overt racism, that’s a time when you speak up and you kind of use your voice.

I play a Muslim character and she is based on a dear friend I grew up with who wore a hijab. And I think at that time, especially after 9/11 and with the shooting, you know, there was a feeling of trying to create a division within the South Asian community against Sikhs or Muslims. So it was really important for me to show that narrative in the story as well because I think it’s not talked about enough. Because there is a lot of opposition when we share this common thread. Whether you are Christian, Muslim or Hindu, but especially if you are South Asian, to know that we are in the same boat.