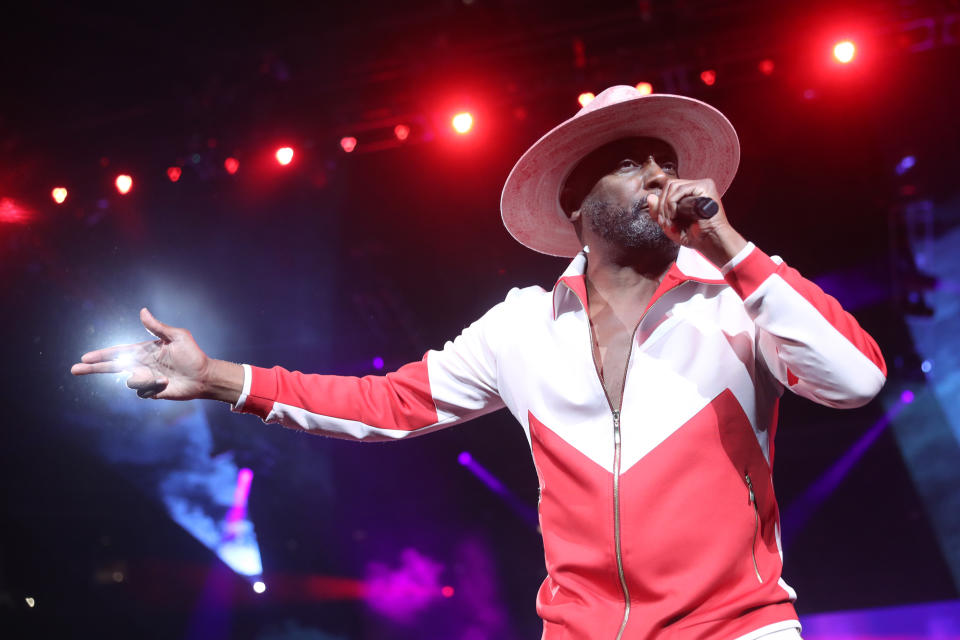 Big Daddy Kane is apologizing for pushing an American Sign Language (ASL) interpreter off stage during a Friday night performance.

The rapper, 53, took to Instagram to share a personal message about the incident, describing it as a misunderstanding as he didn’t know anyone would be on stage with him during the performance. He also issued a “sincere apology” to the performer, whom he identified as Billy Sanders. Sanders has already gone viral thanks to the moniker #ASLBae.

“So I know a lot of people saw that,” Kane said, before launching into a music video showing him repeatedly pushing Sanders, who translated his performance behind a large pile of concert gear.

“But see what you didn’t see is that,” said Kane, who returned to the video, which shows him shaking hands with Sanders after the song ended. On the video, Kane can be heard saying “they didn’t tell me what was going on” and telling the audience “understood and understood, I want everyone to enjoy it, can you feel me?”

Kane continued, explaining that the incident was simply a case of mistaken identity.

“I’ve done a lot of crazy things in my life. But I would never try to disrespect a performer who does sign language for the deaf community on stage,” he explained. didn’t tell me what was going on. Nobody told my manager that there would be an artist. We had no idea, so when I walked on stage and saw someone uttering the lyrics, I was trying to get them out of the stage.

The initial video of the musician pushing the man, taken by a bystander, generated significant internet traffic, leading some to criticize Kane’s actions.

Kane closed his home video by reiterating his support for all viewers, including those who are hard of hearing.

“Anyway, much respect to the deaf community. I will never disrespect you, and again, lots of love for this artist,” he said. “Again, I apologize, brother.”