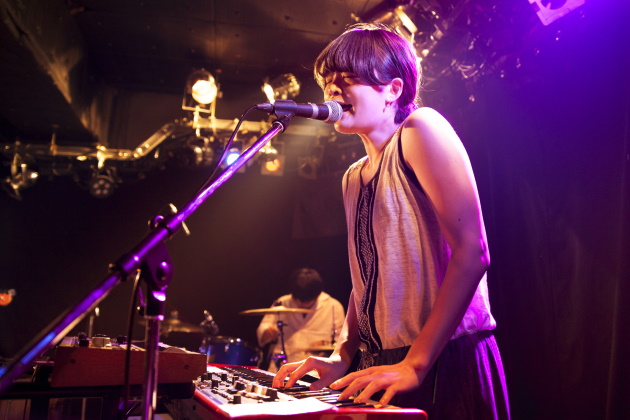 Being an entertainer after the coronavirus pandemic

A few years ago, I retired from writing music for film and television. It’s a nice way to make a living and I’m aware of how incredibly lucky I was to have had the job, but after doing it for years, I wanted to see if I could get somewhere attracting an audience with the music I had written for me, not for a director or a producer. So I left Hollywood and started over.

It’s been a long road – several years to create this music “written for myself”, rather than an imaginary imitation of it (if you’re an artist I’m sure you know exactly what I mean. ). This past year, I really felt like I was going somewhere, both creatively and financially.

Although still playing in clubs which after transport costs were often in the red, I also performed last year for a few thousand electronic music fans at Moogfest, where I had a excellent reception, and I was looking forward to my next concert at another electronic music festival. , Synthplex, at the Burbank Convention Center. I was due to headline it on March 27, 2020. And we know what happened to that.

Now, like millions of Americans, I shelter in place, giving myself plenty of time to wonder – no, to worry – on what it will be like to pursue a career in the arts, and in particular in the performing arts, when this scourge has passed.

Because – it won’t surprise you – performing artists in the United States live precarious financial lives at the best of times. According to a 2019 to study by the National Endowment, full-time professional dancers earn about $ 31,150 per year; actors $ 38,530; and musicians $ 42,240.

It was before the coronavirus. From now on, it will probably be a lot less.

A sobering perspective for everyone, but especially for artists

One thing that unites our otherwise heavily divided country is a shared belief that the United States will slowly recover, with continued economic damage over the next five years. There is good reason to believe that for performers the economic damage will be even greater.

On the one hand, the arts in the United States, which receives less government support than in any other major country, will suffer disproportionately. Support for music has been particularly meager – in the National Endowments for the Arts’ $ 148 million budget in 2016, for example, musical grants of all kinds, including opera, received only $ 8 million. of dollars.

Many of us have read very good regional theater and ballet companies which often do not survive in normal times. Now they are all closed, many of them with ongoing rents to pay.

Major music festivals, like Coachella, have been â€œpostponedâ€. I guess some smaller, more specialized arts festivals are gone for good. Music clubs, which have always operated with smoke, are also closed. I spoke about this last week with the owners of two clubs I played at last year. Neither was sure they were going to reopen.

In general, many Americans today have little patience for what they see as “the welfare of artists.” For preservatives, in particular, a public foundation like the NEA is only a “direct subsidy to the educated upper middle class”.

This impatience with supporting artists in this country has grown steadily for four decades. In 1980, the NEA was the country’s largest arts funder. Today, private philanthropic foundations provide more than twice as much to the arts as the federal government.

For three consecutive annual budget sessions, President Trump has attempted to end funding for the arts altogether. Even without this tragic scourge, making a living in the arts in America has been difficult and will be today. A recent Artnet News item, titled â€œ5 Things Art Businesses Should Do to Survive the Coronavirusâ€¦â€ recommended â€œpreparing to be shut downâ€ and â€œexpecting a financial blowâ€ among their top five survival strategies. It’s probably realistic, but it doesn’t sound like a particularly winning playbook.

Is there something that will make it better?

Bob Gluck, a jazz musician friend, also gives virtual concerts, like many others. But Kraviz performs in front of a very large audience. Whether this is a viable financial path for artists with smaller fan bases seems uncertain.

Basically, you’re asking viewers to pay for something that’s free on YouTube. Another possibility – one that I thought I would try – is to present house concerts at higher prices to a smaller audience and including food and alcohol. But, until quarantines and other restrictions are lifted, that is not possible. Even after that, you can’t take your house gig across the country (unless you live in a van)!

With federal support declining, many states, especially California and New York, have created arts funding organizations that can help. Some cities also tried to provide additional funds to artists whose performances were canceled due to the virus.

My friend Eric Persing, the talented musician / programmer who runs Spectrasonics, recently announced that his company is making weekly donations to groups that provide financial assistance to musicians and will feature one of these companies each week on the Spectrosonics website.

Hopefully other companies with an artist sales base will do something similar. But, this is part of the larger context of the extraordinary need for assistance for all citizens at a time of steep decline in tax revenues and businesses.

With limited resources, state and country governments, businesses and charitable foundations will have to set painful priorities. The reality is that the next few years are going to be very difficult for artists in this country and for performing artists in particular.