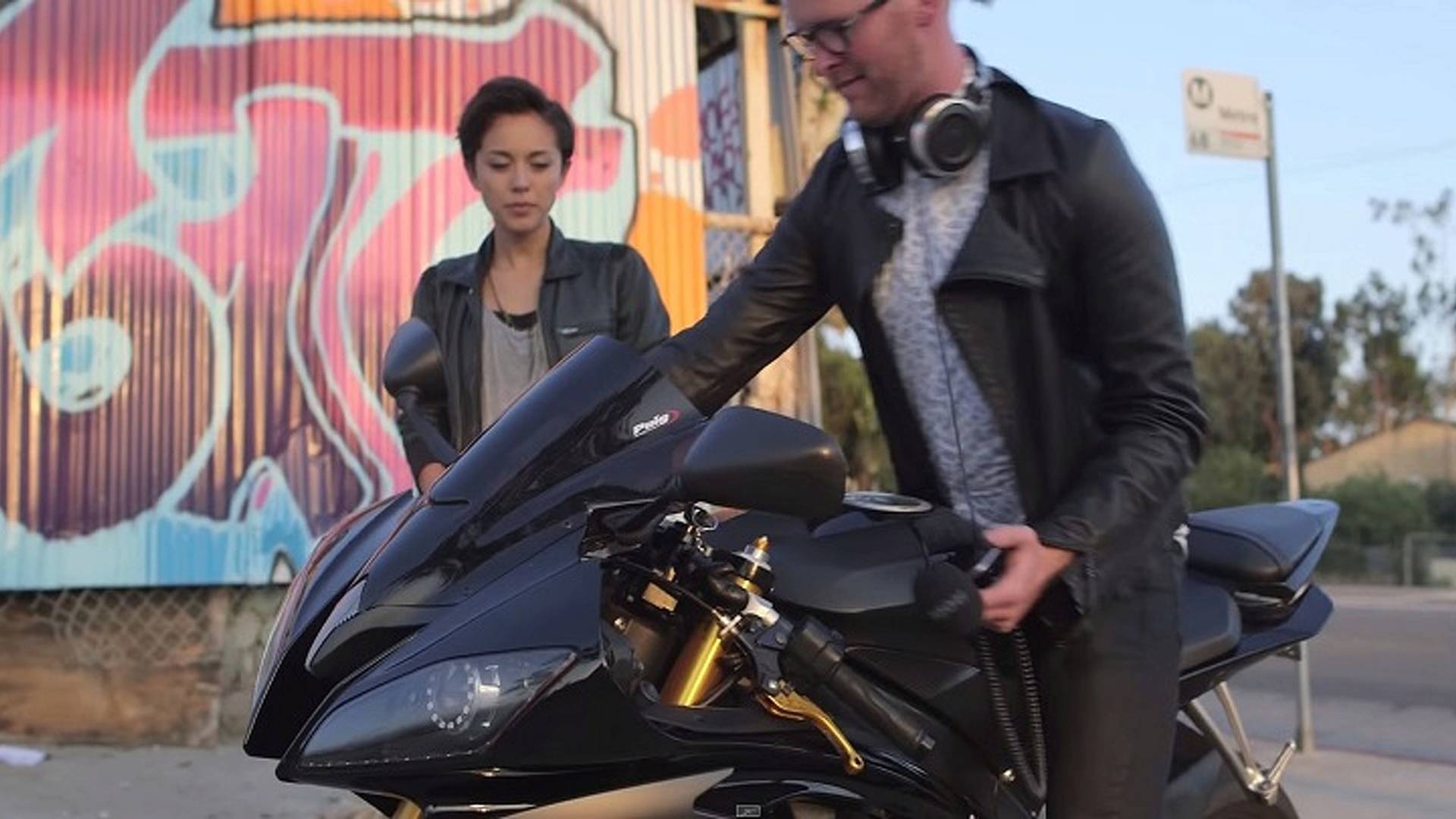 An artist uses Yamaha R6 as a musical instrument

A YouTube singer-songwriter has found an interesting use for a Yamaha R6: as a musical instrument.

The cover of The Weekend’s “Can’t Feel My Face” by California singer Kina Grannis features a rhythm and bassline backing track, which is created by manipulating a YZF-R6.

The man behind these sounds is artist Big Fresh Mouf, who created the track by spinning the bike, hitting the tank and tires, and clicking gears. A Schuberth helmet also contributes to the motorcycle-themed symphony.

Grannis herself rides a Harley-Davidson Iron 883 Sportster in the video, although the motorcycle does not appear to have contributed to the song.

Grannis is one of a growing number of independent music artists who eschew the ‘traditional’ route of releasing music through a label – instead choosing an independent route that sees her interacting more directly with supporters. In particular, she is an active part of the Patreon website. Watch the video below:

Fresh Big Mouf is also an independent artist whose Beat Scout project seeks to create beats and pieces of music from everyday objects. He posted a slightly different version of “Can’t Feel My Face” on his own YouTube account, which features some additional sounds from the R6.

MUST READ: Fixing the Bumper of a Fire Truck | RideApart

The Museum of Musical Instruments celebrates its 5th anniversary, 4/25-26