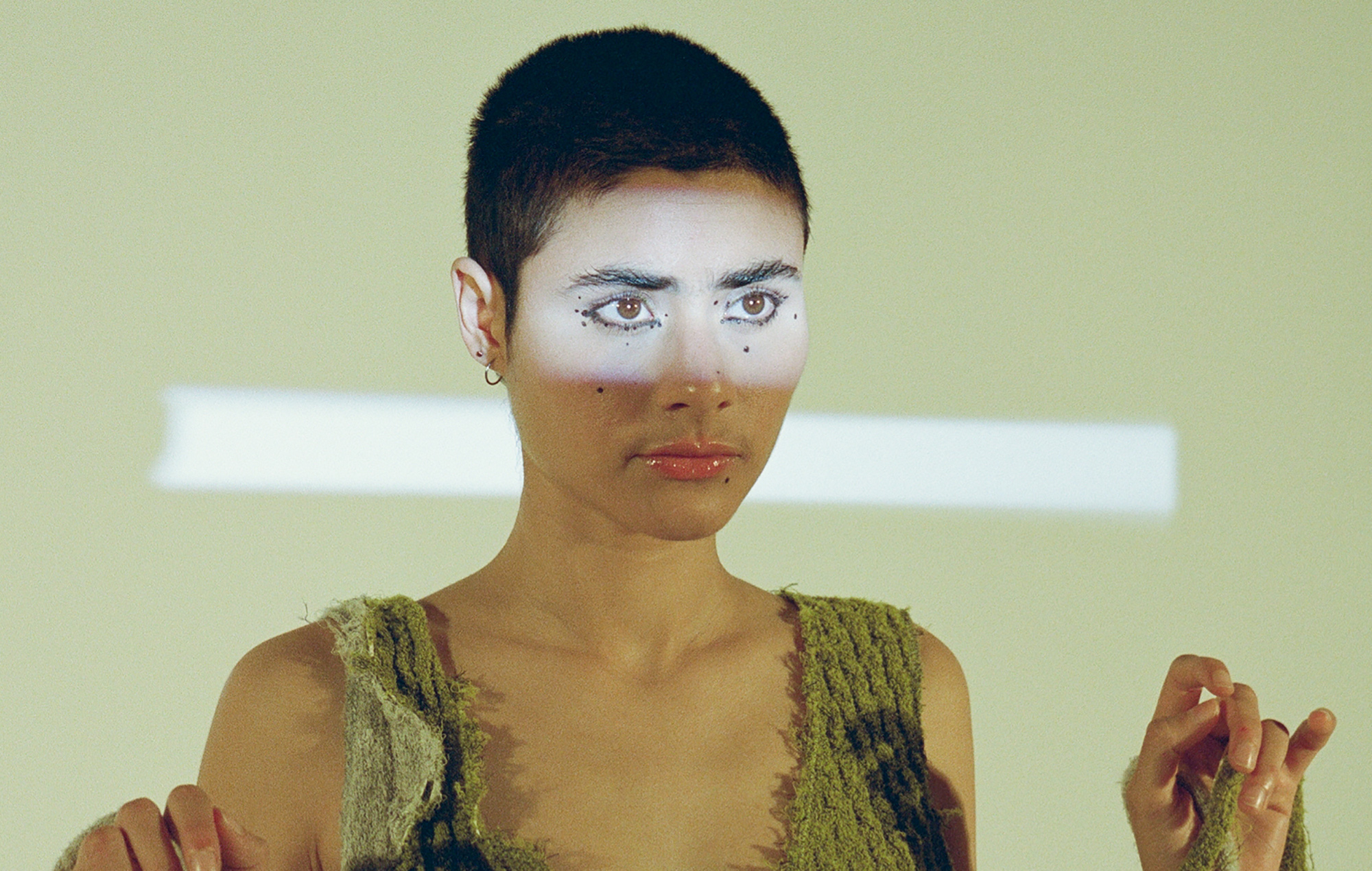 a vaudeville artist dives into the digital void

Theatricality has always shone at the heart of Montaigne’s art. 2014’s ‘Life Of Montaigne’ EP already demonstrated the Sydney-based artist’s fondness for showy bursts of key-and-string-laced grandeur, over which their vocals would shift from operatic harmonies to sharp banter. steeped in melodrama.

Two years later, they broke through with ‘Glorious Heights’, Jess Cerro’s first album under the Montaigne name. Between the melodic vocal chops of “In The Dark” and the neon buzz of “Come Back To Me,” this 2016 record offered only a glimpse of the weirdness they’d slipped up their sleeve. On 2019’s ‘Complex’, they further enriched their sumptuous tonal palette with an equal balance of orchestral pump and digital flavor. But if it was Cerro wading through their pool of weirdness, “Making It!” is a triple backflip from the highest platform.

Cerro cites Studio Ghibli and Charli XCX as two of LP3’s influences, and both feel right at home: the spark of former peers in Cerro’s storytelling, where they tackle seemingly mundane topics (on David Byrne’s collaboration “Gravity,” the pair wistfully reflect on the prospect of becoming landlords) and extract a kind of psychedelic beauty from them. It’s colored by the album’s hyperpop instrumentals, nodding to the aggressive, glitchy production of Charli’s 2020 album “How I’m Feeling Now.”

Where on previous Cerro records the music served to elevate their vaudevillian prose, here it is just as crucial. The crashing drums and wobbly keys of ‘SickCryDie’ allow the listener feel the pangs of anxiety that Cerro portrays in their lyrics, considering the impact of trauma on a blossoming relationship. And without its angular collision of wobbly tropical house beats and garish brightness, “JC Ultra” – a biting critique of big-label ethics in the form of an educational guide to becoming a “ship for the pro-extraterrestrial agenda– would just feel cheesy.

On “Make Me Feel So…,” the red-underlined Auto-Tune elevates the harmonic vocal tracks of Cerro (and fellow Eurovision 2021 alumnus Daði Freyr), giving the chorus a trippy, prismatic effect when it is heard through headphones. Earlier in the journey, ‘Embodi3d’ begins as a sweet honey ballad, but slowly grows distressed before erupting into a flurry of mechanical hits and distorted harmonies. It’s that technicolor futurism that leaves ‘Making It!’ feeling less theatrical than Cerro’s previous work, but far more cinematic: if “Glorious Heights” and “Complex” are three-act Broadway epics, “Making It!” is a billion dollar blockbuster best seen in IMAX 3D.

Cerro has recorded to say they don’t see ‘Making It!’ like a hyperpop album. While genre labels are important in helping listeners find the music that best suits their tastes, knowing that Cerro didn’t make this record with “hyperpop” in mind helps make that clear. Because while it leans heavily on genre-defining sounds, “Making It!” doesn’t sound as much like Charli XCX, 100 Gecs or any PC Music artist (or even local contemporaries like Banoffee and Ninajirachi) as it does Montaigne.

Announcing the album, Cerro said they aimed to make “a computer recording” that still felt “warm in places” and “naturally human”. Not only did they pull this off without a hitch, in a paradoxical, “Making It!” is in fact Montaigne’s most human record to date.

Mortgages are not one size fits all