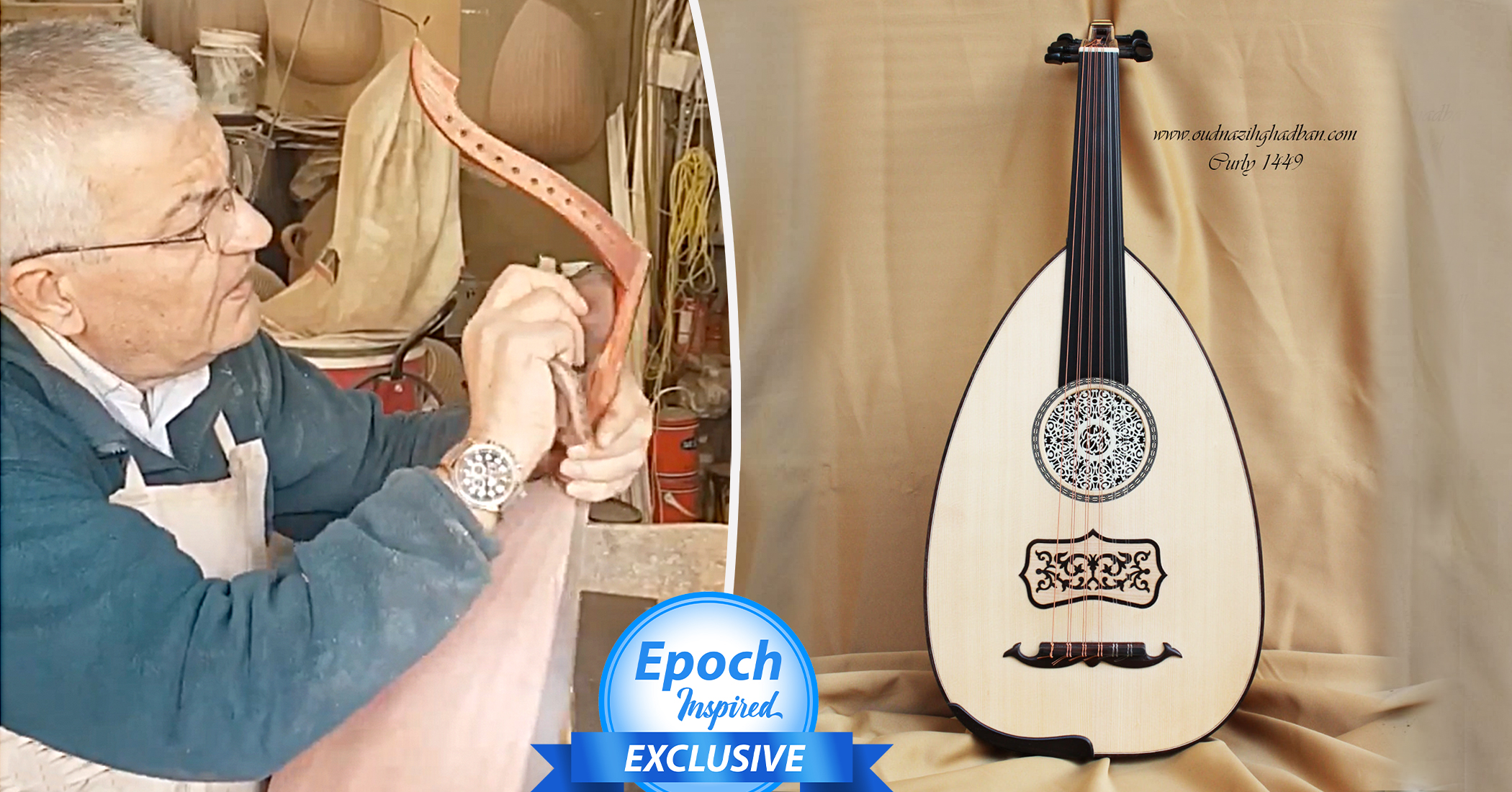 At 66, a retired teacher is carrying on traditions by helping to preserve an important Arabic musical instrument.

Nazih Ghadban, from a small village in the northern Bekaa, Lebanon, has been handcrafting the oud, a fretless, pear-shaped, short-necked string instrument, for four decades.

In an email interview with The Epoch Times, Ghadban, who worked in the education industry for 44 years, said making the instrument was not his primary source of income.

“It was a hobby that grew with me and with time, curiosity, experimentation and passion, it turns out to be a craft that has many lovers in the world and I am very fond of it. proud,” Ghadban said.

One of the best luthiers in the world, Ghadban, who was the youngest of three sons in his family, had a passion for music from an early age. He was only 12 years old when his interest in learning the oud developed, as his older brother was an amateur player. After learning the basics from his brother, Ghadban spent hours practicing when his brother was away.

As Ghadban was brought up in a family facing difficult economic conditions, his father could not afford to buy a good quality oud. Therefore, Ghadban decided to build the stringed instrument himself with the support and encouragement of his siblings.

“At first we used local wood from the nearby farm and the result was not so good, but with some improvements and encouragement it served the time and I was very proud of it,” said Ghadban. “Year after year and oud after oud the quality started to improve, it was a long journey full of learning and experiences.”

Due to his interest and dedication in learning music, Ghadban joined a local band and the members were impressed with his skills. He then participated in many events with them. In an effort to learn more and improve his skills, at the age of 18, he trained in music at the National Conservatory of Beirut, in addition to earning a master’s degree in philosophy from the Lebanese University. in 1982. .

Over the years, Ghadban worked as a philosophy teacher and made the oud in his spare time. Depending on the design, the talented musician takes between a week and a month to create the instrument. The ouds are all made by him alone in his workshop.

“I take care of my ouds from A to Z, and I believe that’s the reason for my success,” said Ghadban. “In my style of work, the emphasis is on the quality (tone, aesthetics and structure) of the instrument and not on the quantity, because I am trying to build an instrument for life.”

Every oud created is Ghadban’s labor of love, and each, according to Ghadban, begins with the selection of the type of wood and the design of the oud.

The oud consists of three main parts, namely: the bowl, the soundboard and the neck. The neck and bowl are made of hardwoods like rosewood, walnut, mahogany, ebony, and maple; while the soundboard is made of soft wood like pine, spruce or cedar.

In addition to playing an important role in history, the oud holds a special place in the heart of Ghadban.

“The oud is my best friend, it accompanied me everywhere I went, together we went through many ups and downs and it never let me down. Through it I express all my feelings, and… he always keeps me busy. He was by my side during the sad times and the happy times,” Ghadban said.

In return, Ghadban shares that he has done his part to preserve this unique work of art and share it with the world. He has participated in many local and international events and expeditions to places such as Frankfurt, Shanghai, Damascus, Doha, Beirut, Cairo, Tunisia, etc.

Ghadban admits that about 15 years ago, with the invasion of technological progress and digital transformation, he was worried about the future of the oud, as the younger generation would be more inclined to discover “the unforeseen limits of the instruments electrical”. But over time he discovered that there will always be a large fan base for authentic and traditional instruments.

“I notice a shift towards the oud among Western musicians, especially guitarists, who like to discover new instruments that give them new sensations and release their hidden potentials,” Ghadban said.

Ghadban explained that Arab culture is very rich and at the heart of it is its music, which plays an important role. Besides the oud, Ghadban also sells on its website the Arabic buzuk, a charming-sounding two-stringed instrument that is also in danger of disappearing.

As the talented artist shares a bit of his tradition with the world, he points out that other countries should also be able to preserve their own authentic and traditional instruments, adding “Old is Gold”.

Share your stories with us at [email protected], and keep getting your daily dose of inspiration by signing up for the Epoch Inspired newsletter at TheEpochTimes.com/newsletter

This wearable bracelet allows you to play any musical instrument by moving your hands up in the air!